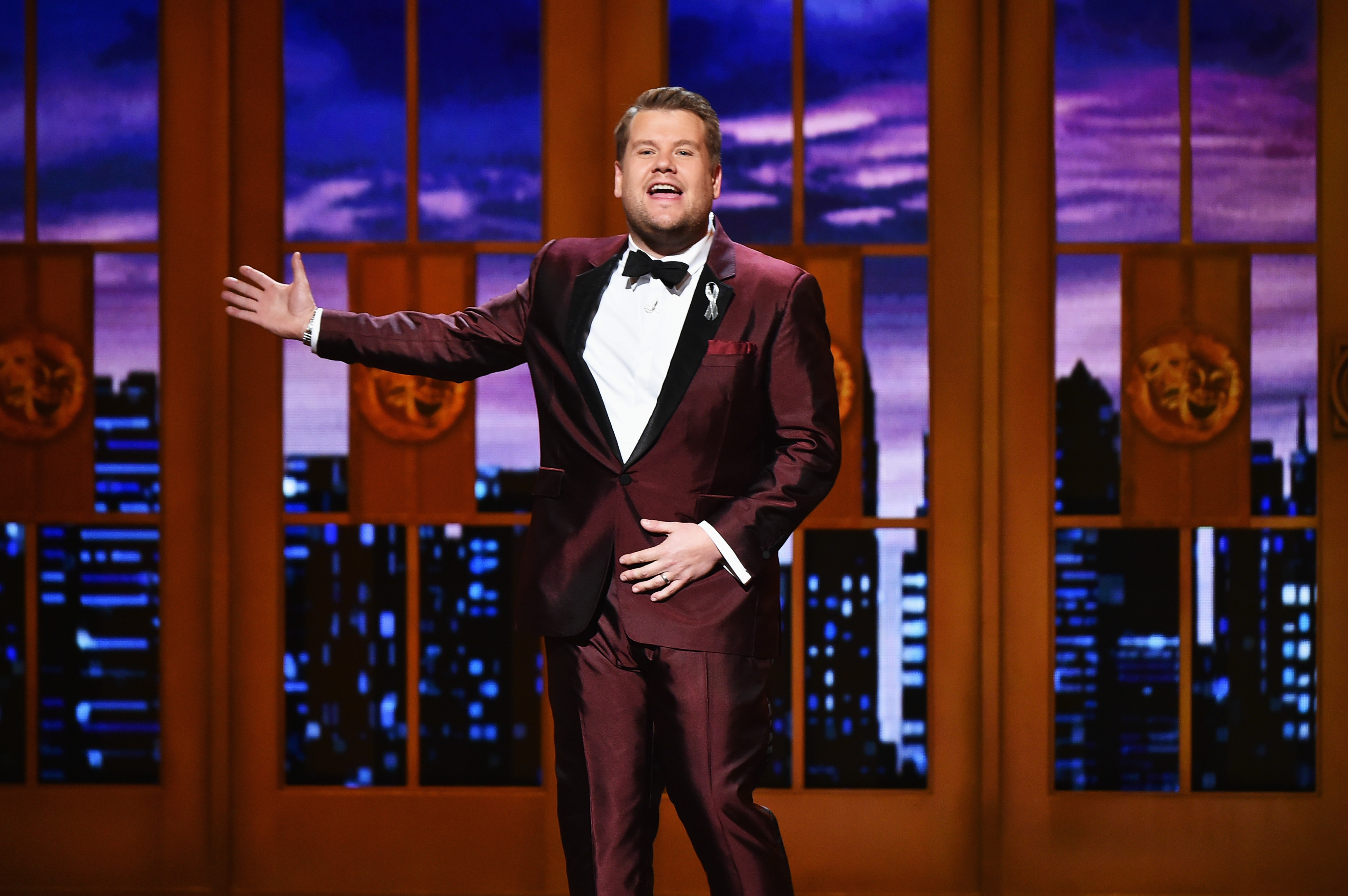 He may not be able to keep up with Usain Bolt, but at least he can carry a tune.

“Late Late Show” host James Corden lived out another one of his fantasies by teaming up with the Backstreet Boys. “I care about this maybe more than anything else on the planet,” Corden announced on his show. “We are bringing back boy bands.”

“I’m talking proper boy bands. Five guys together: the Cute One, the Funny One, the Nice One, the Other One and the Maverick who refused to play by the rules, all living together in some weird mansion in Orlando.”

Of course, Corden has been quite chummy with the lads in One Direction, so he had to offer a caveat explaining why he’s been displeased with his friends’ creative output.

“I’m aware that boy bands haven’t gone away,” he said. “But now they just stand on stage wearing skinny jeans and Vans sneakers and some of them -- some of them -- even have the audacity to pick up instruments. That is not what I want in a boy band. I want matching outfits. I want synchronized dancing and way-over-budget music videos. That’s why, boy bands, we’re bringing you back!”

He then brought out the biggest-selling boy band of all time, the Backstreet Boys, and joined them onstage for a rousing rendition of “Everybody” -- synchronized dance moves and all.