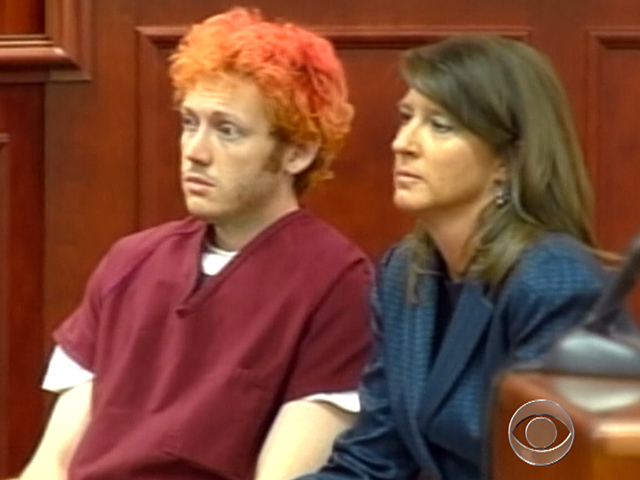 Holmes sported faded orange hair and a burgundy jail uniform. He appeared dazed, his downcast eyelids fluttering and closing as attorneys and the judge discussed his case.

Judge William B. Sylvester said that charges would be formally filed Monday, July 30, but that Holmes was under investigation for first degree murder.

After Holmes' appearance, Arapahope County District Attorney Carol Chambers told reporters that it would likely be at least a year before Holmes went on trial and that it would be months before her office made a decision about whether to seek the death penalty.

When asked by a reporter whether Holmes was on any medication that might explain his apparent difficulty staying alert, Chambers said she had no information to provide.

Police say Holmes, who appeared with a public defender, is refusing to cooperate and that it could take months to learn what prompted the massacre during a midnight Batman film premiere.

Holmes was moved to a courtroom after being held in solitary confinement at an Arapahoe County detention facility.