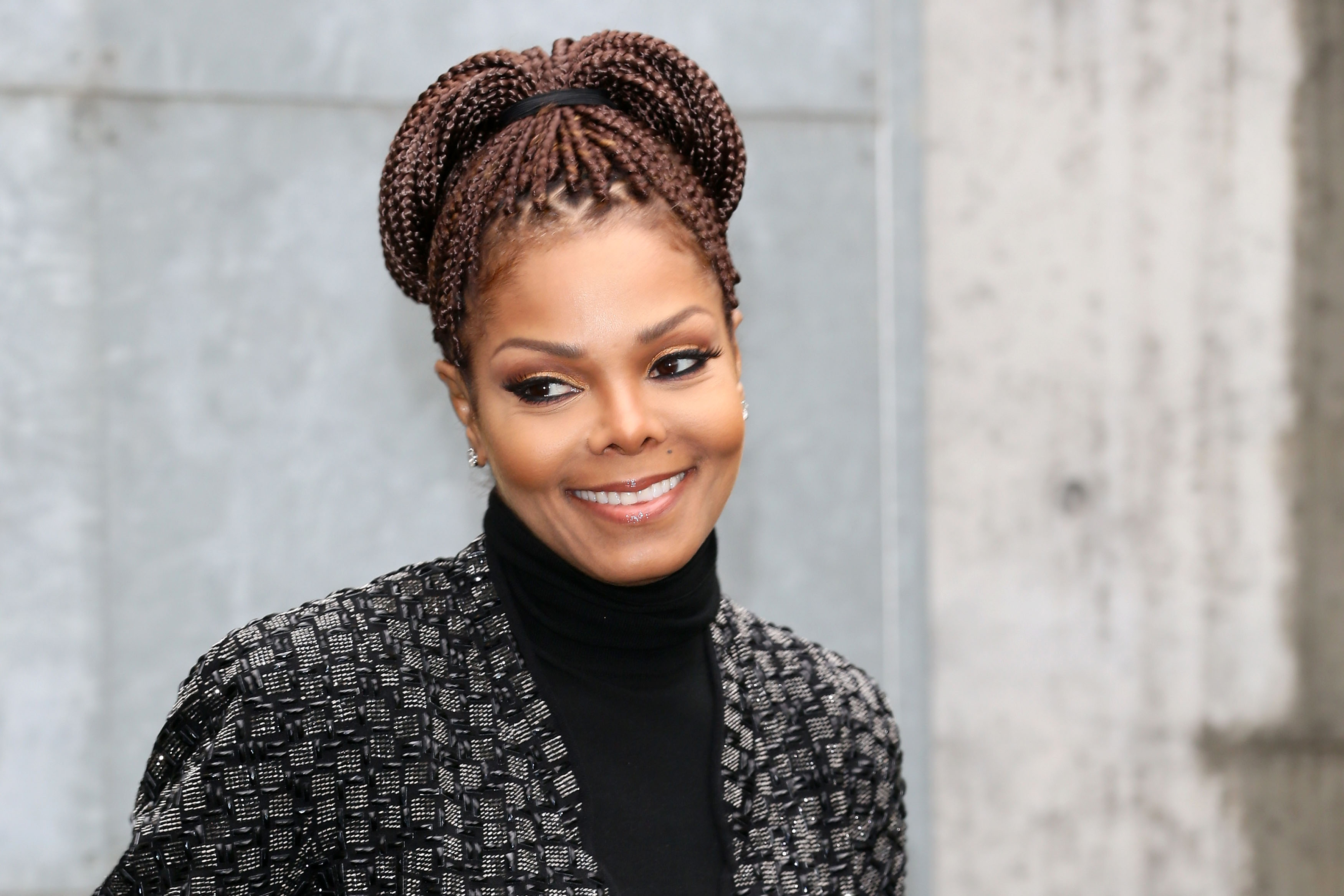 Janet Jackson has that pregnancy glow!

ET was the first to report back in May that the 50-year-old singer is pregnant with her first child with husband Wissam Al Mana, and only ET has these exclusive new photos taken Tuesday afternoon, when she was spotted out and about in London with a visible baby bump. Jackson, who is rarely photographed in public, was seen leaving the baby furniture store Back In Action wearing sneakers, dark sweatpants, a black sweater and a matching scarf and headband.

An eyewitness tells ET that Jackson arrived at the store in a chauffeured black Mercedes along with her bodyguard, her assistant and two others from her entourage. Jackson was greeted by staff, who shut the doors for her visit and seated her at a table to seemingly go over some of their merchandise. According to the eyewitness, she also strolled the store and took an interest in one of the prams.

The mother-to-be appeared in good spirits as she left the establishment with a bag of products after her 45-minute visit, and even cracked a smile as she made her way to her vehicle.

Jackson and Al Mana have a home in London, one of several homes they own around the world, but no word yet if she’ll give birth there. As for when she’s due, no date has been confirmed, but signs do point to November.

Last April, Jackson announced that she would be postponing her tour to start a family. “I thought it was important that you be the first to know. My husband and I are planning our family, so I’m going to have to delay the tour,” she explained in a video posted to Twitter on April 6. “Please, if you could try and understand that it’s important that I do this now. I have to rest up, doctor’s orders. But I have not forgotten about you. I will continue the tour as soon as I possibly can.

Jackson has yet to publicly speak about her pregnancy, but La Toya Jackson offered an update on how her younger sister is doing, telling ET earlier this month that she was on bed rest. “She’s resting,” La Toya said. “She’s doing fabulous.”