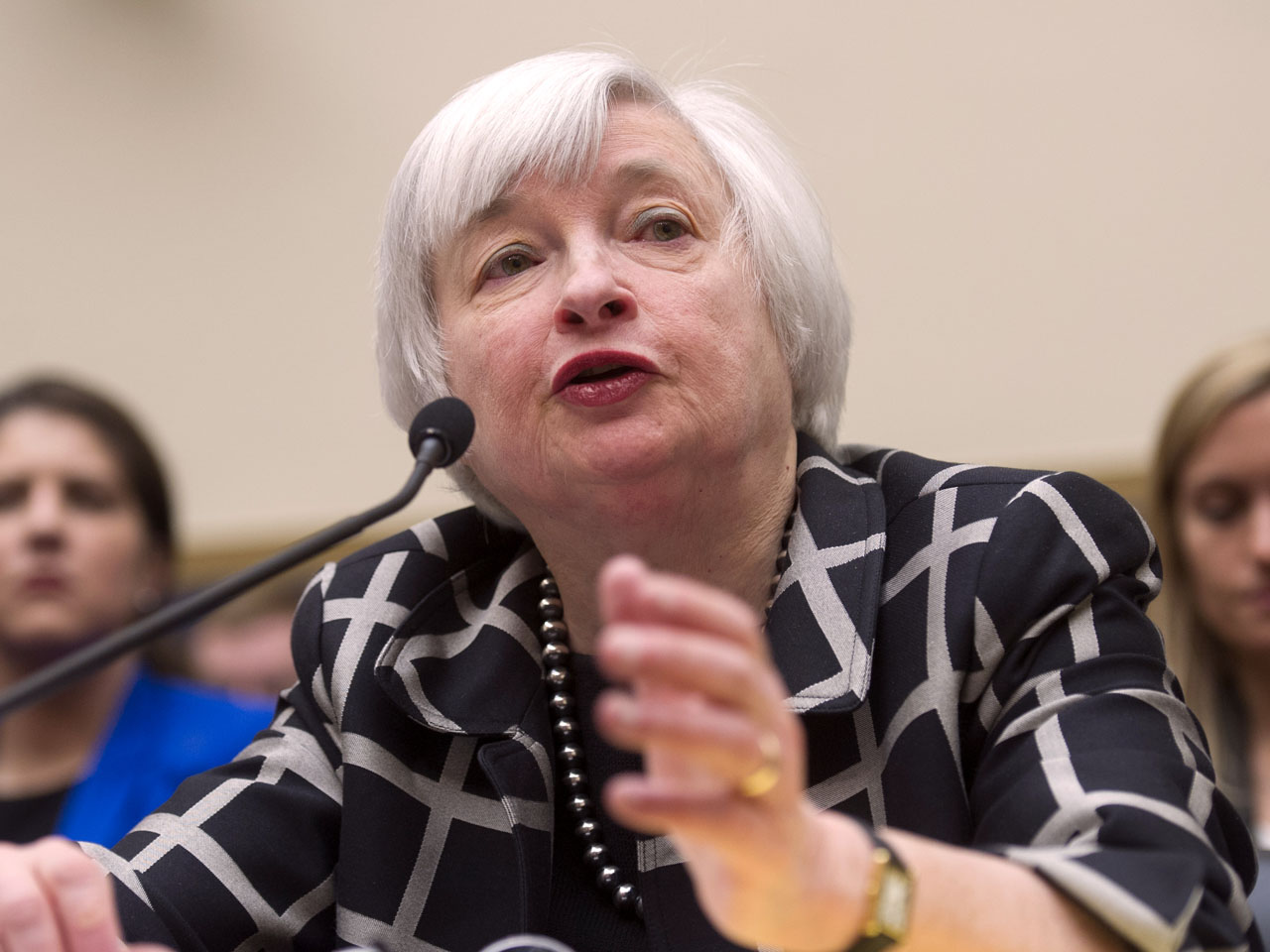 Janet Yellen's first appearance in front of Congress, as the first women to head the Federal Reserve, was as expected.

She's a "dove" which means she favors more easy money, all things equal, rather than less. Stocks are rising in response on the hope that her dovish stance will keep interest rates near zero percent for longer (a strategy that's been dubbed "forward guidance"), pushing the S&P 500 over the psychologically important 1,800 level even as the tapering of the ongoing "QE3" bond buying program continues at a $10 billion-per-meeting pace.

But it's also hitting the U.S. dollar, pushing the greenback down out of a multi-month consolidation pattern. And that's pushing up precious metals and the related mining stocks in a big way -- kicking the shiny stuff into a breakout pattern of a kind that hasn't been seen since July.

Front and center in her prepared testimony is her belief that the job market, which has created nearly eight million jobs since the depths of the recession, remains far from fully healed.

Despite a quicker-than-expected drop in the unemployment rate recently, caused mainly by the drop in the labor participation rate to levels not seen since the mid-1970s, problems abound. There is an emerging skills shortage. The level of job openings suggests the unemployment rate should be nearer to 5.5 percent, suggestive of frictions and inefficiencies such as the inability of people to move to where the jobs are or to retrain in needed industries.

In particular, she cited the plight of the long-term unemployed and those working part-time for economic reasons as measures -- above and beyond the simple unemployment rate -- to keep the cheap money flowing via forward guidance even if the tapering of QE3 continues. Many believe that these woes are structural in nature, representing trends separate from the business cycle such as demographic shifts or a lack of technical education opportunities. Yellen, on the other hand, believes these problems are still mainly cyclical in nature -- which, in turn, means she believes cheap money stimulus can help heal them.

She defended the Fed's use of extreme monetary policy easing. She avoided taking responsibility for recent turmoil in emerging markets, caused by the Fed's steady tapering of its bond buying stimulus, as her predecessors avoided blame for the dot-com and housing crashes. And she moved the goalposts, in a way, for raising short-term interest rates from former Fed chair Ben Bernanke's emphasis on a 6.5 percent unemployment rate to a combination of that along with an increase in inflation to 2.5 percent.

Given that the unemployment rate currently stands at 6.6 percent, the market had been awaiting such a tweaking of forward guidance.

With the Fed's preferred inflation measure growing at just a 1.1 percent annual rate, and having not hit the 2.5 percent level since January 2012, Yellen's easy money promise should keep the pressure on the dollar.

In response, I'm recommending investors move into precious metals and mining stocks. Examples include the Global X Silver Miners (SIL) and Great Panther Silver (GPL), which are up 4.3 percent and 8.1 percent respectively since I added them to my Edge Letter Sample Portfolio on Monday.

Disclosure: Anthony has recommended SIL and GPL to his subscribers.