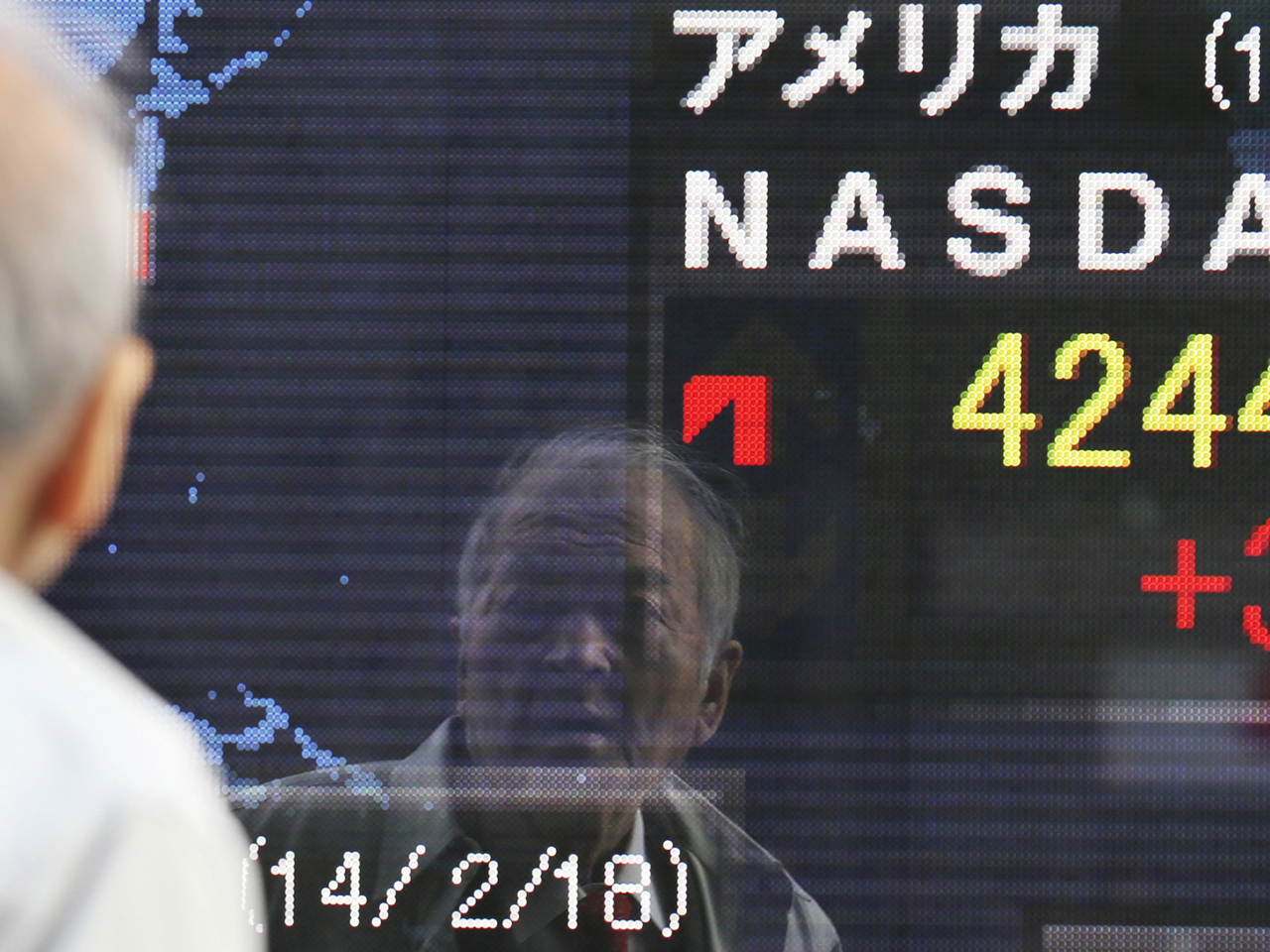 The Nikkei 225 in Tokyo vaulted 3.1 percent to 14,843.24 after the Bank of Japan topped up its already lavish monetary stimulus. It said it was doubling the size of its fund to support bank lending and its fund to support economic growth. The funds, which were due to expire shortly, were extended for another year.

Futures augured little movement on Wall Street, which reopens Tuesday after the President's Day holiday. Dow and S&P 500 futures were both up 0.1 percent.

India's Sensex rose 0.9 percent to 20,638.07 after the finance minister said the country's fiscal and current account deficits have narrowed, increasing confidence in the economy.

Benchmark U.S. oil for March delivery was up 36 cents to $100.66 a barrel in electronic trading on the New York Mercantile Exchange. The contract last settled on Friday.