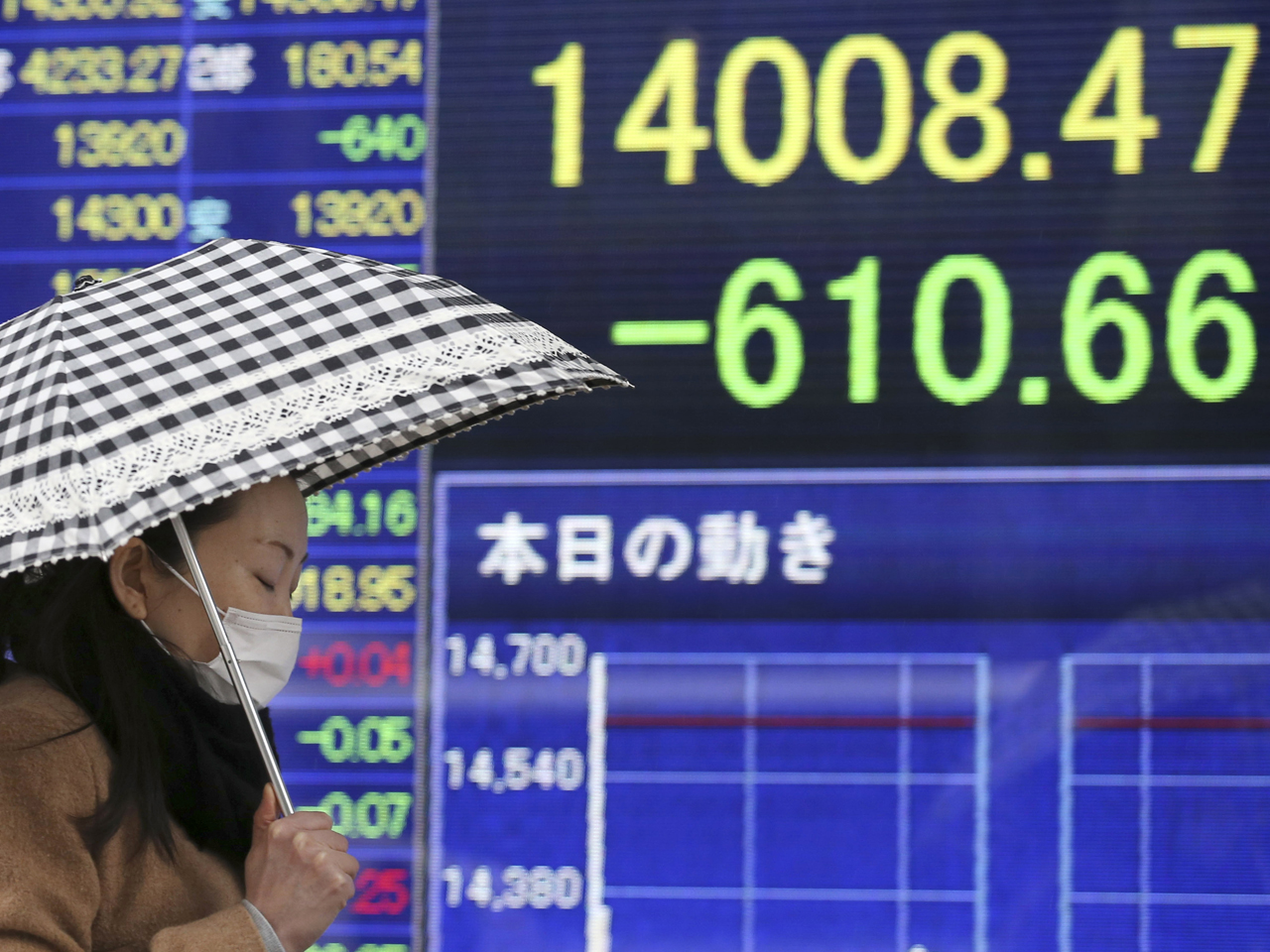 LONDON - Japanese shares led another global market sell-off Tuesday as investors fretted over the U.S. economic recovery amid ongoing uncertainties about the outlook for emerging economies.

Diving over 4 percent, the Nikkei 225 stock index ended at a four-month low, sending shivers across Asia. European stock markets are down again but the pace of selling appears to have stabilized somewhat.

The turmoil that has afflicted financial markets over the past few weeks has a number of causes. Some analysts think it's a long-overdue correction in stock values that will eventually bottom out. Many indexes had finished 2013 at record highs.

Others think it's likely to last longer, not least because the U.S. Federal Reserve is reducing its monetary stimulus. The stimulus, in its various guises, has helped shore up markets, particularly in developing countries

from Brazil to Turkey to India, since the financial crisis.

"What we're seeing in the markets so far this year may not be investors panicking about the turmoil in emerging markets, or the ongoing weaknesses in corporate earnings, or even the poor data coming out of the U.S. for December and January," said Craig Erlam, market analyst at Alpari.

"Instead, I believe these are all simply being used as an excuse for investors to allow for the significant correction that many investors have been calling for, for a number of months now," he added.

Wall Street was poised for a modest bounce-back at the open after sliding Monday in the wake of a disappointing manufacturing survey from the Institute for Supply Management - Dow futures were 0.4 percent higher while the broader S&P 500 futures rose 0.5 percent.

The focus of attention will likely remain on the U.S. this week as a run of economic data culminates on Friday with the nonfarm payrolls report for January. The jobs data often set the market tone for a week or two. Investors will be looking to see if the negative winter-related impact that was evident in the ISM survey has translated into job hiring, too.

There's also Thursday's policy meeting of the European Central Bank. Analysts say the bank will be under pressure to ease policy further as inflation remains stubbornly low despite recent signs of life in the eurozone economy.

Given the importance of upcoming events, many analysts think volatility will likely remain a key feature of the week's trading.

Earlier, Japan led the slide in Asian stocks. The Nikkei tumbled 4.2 percent to 14,008.47 and is down 14 percent over the past month. Elsewhere, South Korea's Kospi shed 1.7 percent to 1,886.85 and Hong Kong's Hang Seng declined 2.9 percent to 21,397.77 on its first day of trading following a 4-day weekend for Lunar New Year. Markets in China and Taiwan were closed.