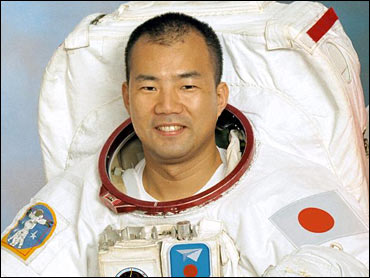 Japan's space agency has decided it will not allow any Japanese astronauts to participate in space shuttle missions until it has determined them to be safe, officials said Tuesday.

Japanese astronaut Soichi Noguchi had been scheduled to fly on NASA's next shuttle mission to the space station on March 1, which has been put on hold because of Saturday's fatal Columbia accident.

But Yoshihiro Nakamura, a spokesman for Japan's space agency, said Japanese astronauts will not take part in shuttle missions until their safety has been determined.

Nakamura said Japan will decide what to do after hearing the results of NASA's investigation into the Columbia accident. He said it does not plan to conduct any independent investigation.

"We will hear NASA's explanation, then will make our decision," he said.

Columbia disintegrated over the U.S. state of Texas Saturday as it re-entered the atmosphere, killing all on board - six Americans and Israel's first astronaut.

Japan has no manned space program of its own, but is a major backer of the International Space Station project. Tokyo has committed 325 billion yen (US$2.6 billion) - or one-fifth the cost - to the program and is the second-largest contributor of funds after the United States.

The space station - a joint project of the United States, Russia, the European Union, Canada and Japan - was expected to be fully operational between 2008 and 2010.

Along with Noguchi's flight on the shuttle Atlantis, Japan had hoped to use a shuttle to take a module to the station in 2006.

"The United States has made successful shuttle flights over one hundred times. I still believe that the shuttles are properly designed," Iguchi said.

Noguchi, 37, would have been the fifth Japanese to ride a shuttle. The first was Mamoru Mori in 1992.

Noguchi, who was in the United States when the accident occurred, had no immediate comment on the delay. But he expressed his sadness at the death of his colleagues in a statement released by Japan's space agency on Sunday.

"The mission had been going so well I couldn't believe the news when I first heard it," he said. "I pray for their souls."

Noguchi and the four other Japanese astronauts are among the many who will be participating in the memorial service at the Johnson Space Center in Houston on Tuesday.