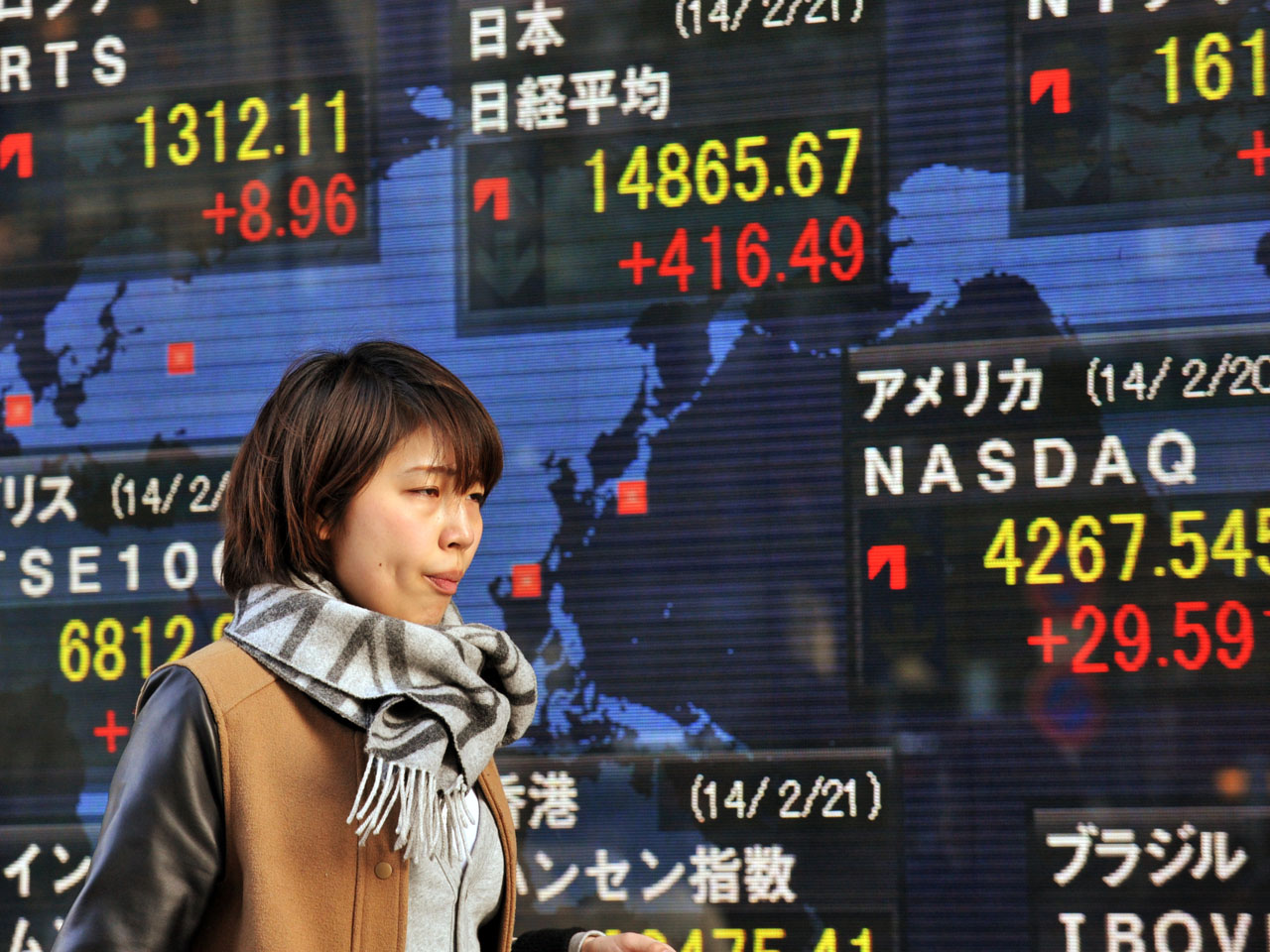 HONG KONG - World stocks rose on Friday, led by the Japanese market as the central bank in Asia's second biggest economy signaled its lavish monetary stimulus could continue for longer than the two years anticipated by markets.

The benchmark Nikkei 225 index closed 2.9 percent higher at 14,865.67 after the Bank of Japan released minutes of its January policy meeting. Board members said that in order to avoid any misunderstanding about the ambitious program of monetary easing, the bank needed "to provide a clear explanation that it did not strictly set this to end in two years," according to Kyodo news agency.

"They need to provide the market with confidence that they're going to continue doing things," said Andrew Sullivan, director of Asian sales trading at Kim Eng Securities. He said companies have not yet increased their spending and raising wages.

The Shanghai Composite Index dropped 1.2 percent to 2,113.69. China's tightly controlled yuan has been steadily strengthening in recent years but this week is down about 0.4 percent, according to FactSet data, as the factory survey intensified concerns about China's economy.

This week, a report showed a drop in China's manufacturing activity, concerns over which were soothed only by a strong expansion in the equivalent sector in the U.S.

In energy trading, benchmark crude for April delivery was down 9 cents to $102.66 a barrel in electronic trading on the New York Mercantile Exchange. The contract fell 9 cents to $102.75 on Wednesday.