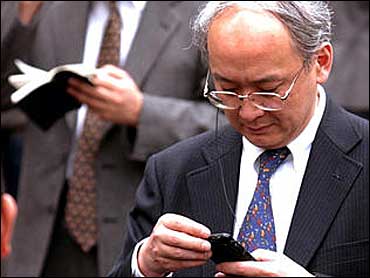 Tokyo workers plan on taking only six days of vacation this summer -- down from last year -- in a trend that is worrying health officials, the Tokyo Labor Department said Friday.

In a recent poll of 2,581 Tokyo office workers, the average employee planned six days of summer vacation -- down from 6.2 days last summer -- although most wished for at least eight to 10 days, said the study.

The study was conducted during June and July as part of the department's annual campaign to encourage Japanese to take more vacation for their own well-being.

The campaign began 10 years ago as part of a government initiative to make people more aware of the potential dangers of the legendary Japanese work ethic as increasing numbers of stress-related heart attacks, suicides and strokes became evident.

The amount of yearly vacation taken by Japanese has been declining steadily since 1980, when the average person took 61.1 percent, or 11 days, of the standard 18-day vacation allowance, said health ministry spokeswoman Yoshie Yanagisawa.

The main reason why Tokyo workers were chained to their desks this summer was because there was too much work to be done, 34.4 percent of survey respondents said.

Company cutbacks, restructuring and layoffs have taken their toll on nervous employees. The survey indicates that the current climate has made it even more difficult for employees to request vacation in a culture that has traditionally considered vacation a privilege rather than a necessity.

The second-highest reason, at 16.6 percent, given for not taking more holiday was "no particular reason." Other top reasons were that the workplace made it difficult to take vacation, there was no clear vacation system in place and vacations overburdened colleagues.