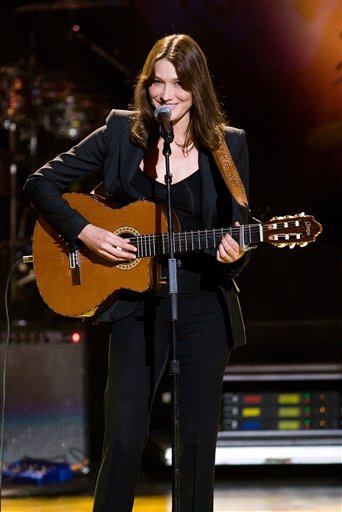 A 19th century feminist author will become the first woman to grace the front of modern Japanese banknotes when the money gets a facelift aimed at foiling counterfeiters.

In the first major change to Japan's paper money in nearly two decades, cutting-edge technology will be used to give the new 10,000 yen ($84), 5,000 yen and 1,000 yen bills sophisticated anti-counterfeit features, Finance Minister Masajuro Shiokawa told a news conference on Friday.

The 5,000 yen bill will be adorned by a portrait of a kimono-clad Ichiyo Higuchi, a 19th century female author who wrote of the unhappy and restricted lives of young women.

The new 1,000 yen bill features Hideyo Noguchi, the microbiologist who isolated the cause of syphilis, while 19th century educator Yukichi Fukuzawa remains on the 10,000 yen bill.

"Our main aim is to prevent counterfeiting. We have some very advanced technology and that will strengthen our drive against it," Shiokawa said.

The move is in step with efforts in other countries to keep pace with technological trends that make counterfeiting easier than in the past. The increased availability and power of computers, printers and scanners to create convincing fakes has boosted the potential for counterfeits in recent years.

Shiokawa said he had selected Higuchi and Noguchi as symbols of the changes needed to push Japan's stagnant economy forward.

"Until now, the portraits of people on the bills leaned too much toward politicians. But the Japanese economy will become more wide-ranging -- equal participation by men and women. And we want to acknowledge pioneers," he said.

Higuchi, born in 1872 to a minor bureaucrat, was forced to end her education in grammar school, but later achieved fame for her moving fiction. Overwork and poverty contributed to her death at the age of 24 from tuberculosis.

The only other woman to grace Japanese banknotes in modern times is Murasaki Shikibu, the 11th century court lady who authored the classic "Tale of Genji" narrative and adorns the back of 2,000 yen banknotes introduced in 2000.

Those bills have proved unpopular since they are not useable in vending machines and can be mistaken for 1,000 yen notes.

Bacteriologist Noguchi did research in the United States before travelling to South America and Africa, where he died of yellow fever while working on a vaccine for that disease.

Symbolism aside, authorities said the major motive in the banknote makeover was to stem a rising tide of counterfeiting.

The new bills will feature the latest in anti-forgery technology, including pearl ink, latent images and the same holograms and watermark bar codes used on the euro.

One technology, too secret to make public, will be used for the first time anywhere in the world, a Bank of Japan official told reporters. "We can't disclose what that technology is because that would defeat the whole purpose," he said.

National Police Agency figures show that the number of counterfeit bills detected soared to 9,825 in the first six months of this year, up from fewer than 1,000 four years ago.

"Starting last autumn, there was a jump in high-quality counterfeit bills made with personal computers and that is why we decided to make the new banknotes," the BOJ official said.

Europe's new single currency launched in cash form in January also incorporates high-tech security features and the United States is set to introduce a new generation of paper currency as early as the autumn of 2003 to foil counterfeiters.

The introduction of new bills is likely to prompt massive orders for new cash machines, Economics Minister Heizo Takenaka told a news conference. But he added that the overall impact on Japan's struggling economy would probably be limited.

"There is also the issue of costs, so it's not good to expect a large net impact on the economy as a whole," Takenaka said.

Tokyo stock market investors snapped up shares of Glory Ltd, a maker of money-processing machines, ATM manufacturer Omron Corp and other makers of such equipment.

Some punters worried banks would suffer from having to spend on new equipment, but analysts said the impact would likely be small since the investment would be spread over several years.