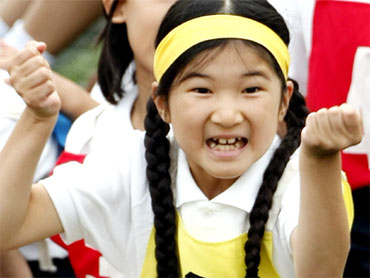 Japan's Princess Aiko, granddaughter of the emperor, has missed several days of classes because of bullying by boys at her elementary school, a spokesman for the royal family said Friday.

The news provided a rare glimpse into the private affairs of the world's oldest hereditary monarchy, which usually abides by strict, formal protocols and is tightlipped about personal matters.

The 8-year-old princess complained of a stomachache and expressed deep anxiety and has not attended school since coming home early Tuesday, the spokesman for the Imperial Household Agency said. He declined to provide his name, citing agency policy.

An investigation by the agency and the school revealed that she and several other students had suffered "violent things" from boys in another class, the spokesman said, declining to elaborate.

The story is likely to shock Japanese. The imperial family is treated with deep reverence in the country, where Aiko's great-grandfather, Emperor Hirohito, was worshipped as a living god until Tokyo's defeat in World War II.

But an official at the elite Gakushuin Primary School in Tokyo's central Shinjuku district attended by Aiko said the incident may have been a simple misunderstanding.

"She had decided to leave school, and just as she had returned from changing into her normal shoes from her school shoes, I hear it was two boys that approached very suddenly and nearly collided with her, which scared her," school director Motomasa Higashisono told reporters.

Japanese schoolchildren often have a separate pair of shoes for school use.

Aiko is the daughter of Crown Prince Naruhito, son of the current emperor, and Princess Masako. The agency spokesman declined to comment on the reaction of her parents or when she would return to school.

Naruhito is to visit Africa starting Saturday but won't be accompanied by Masako, who hasn't attended official duties for several years. She has long suffered from a nervous disorder attributed to the difficulties of adjusting to palace life and the pressure to bear a son.

After suffering a miscarriage in 1999, Masako gave birth to Aiko in 2001. The lack of a male heir fanned a movement to change the law to allow Aiko to succeed her father.

But Naruhito's younger brother, Prince Akishino, and his wife Princess Kiko had a baby boy in 2006, who is now third in line to the throne.