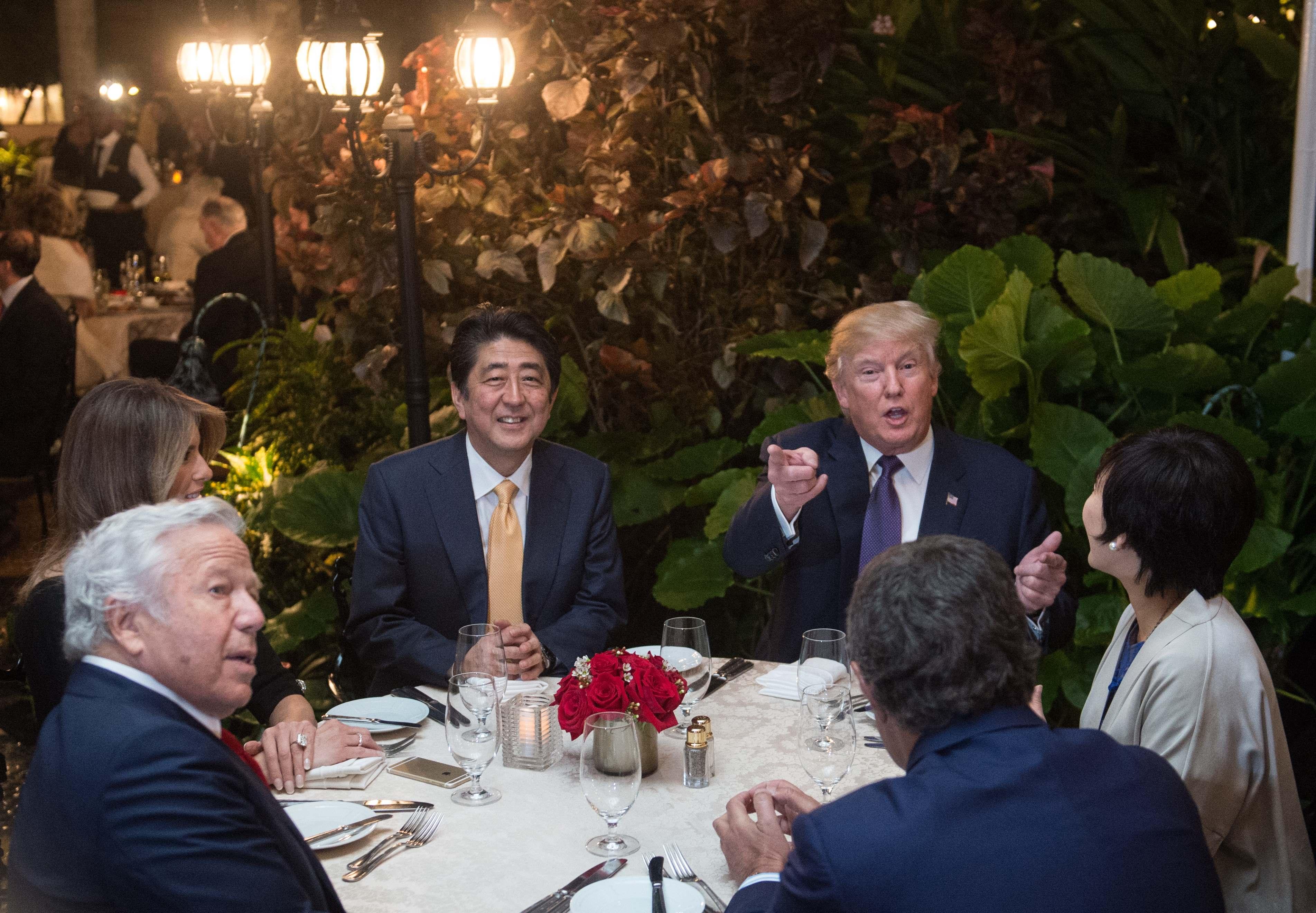 Japan's Prime Minister Shinzo Abe said Monday he plans to visit the U.S. this month to discuss North Korea with President Donald Trump ahead of expected summits between the North and the U.S. and South Korea.

Abe said he will travel to the U.S. from April 17 to 20 and hold two days of talks with Mr. Trump at the president's Mar-a-Lago Club in Florida to discuss North Korea and bilateral issues. Mr. Trump has said he will meet North Korean leader Kim Jong Un by the end of May.

"I hope to thoroughly discuss North Korea and other issues of mutual interest between Japan and the U.S.," Abe said at a meeting of representatives from his ruling coalition and the government.

On Monday, the White House confirmed the planned visit, saying in a statement that during their third summit meeting, Mr. Trump will "reaffirm the United States-Japan alliance as a cornerstone of peace, stability, and prosperity in the Indo-Pacific region."

"The two leaders will discuss the international campaign to maintain maximum pressure on North Korea in advance of President Trump's planned meeting with North Korean leader Kim Jong Un. President Trump and Prime Minister Abe will explore ways to expand fair and reciprocal trade and investment ties between the United States and Japan, two of the world's wealthiest and most innovative economies," the White House added.

Abe has said he wants to remind Mr. Trump of shorter-range missiles and other North Korean security threats for Japan, and seek U.S. help on the issue of Japanese abducted by North Korea decades ago.

The abductees' families last Friday urged Abe to seek Mr. Trump's help, saying this could be their last chance to win their loved ones' release.

Japan has said North Korea abducted at least 17 Japanese citizens in the 1970s and 1980s to train agents in Japanese language and culture to spy on South Korea. Pyongyang, after years of denials, acknowledged in 2002 abducting 13 Japanese. The North allowed five of them to visit Japan later that year — and they stayed — but said the other eight had died, though their families say what the North said cannot be trusted.

Abe last visited Mr. Trump's resort in February 2017, soon after the president took office. It was during that visit that the two were photographed just moments before giving a statement on North Korea's missile tests having dinner in a public dining room at Mar-a-Lago. In one you can see Mr. Trump on a cell phone; another shows Mr. Trump and the Japanese prime minister reading information by camera light.

The White House since denied that Mr. Trump discussed sensitive national security information in a public setting, posing a potential security risk. In a statement, the White House insisted that the president was briefed on the North Korea situation in a classified setting both before and after the dinner.