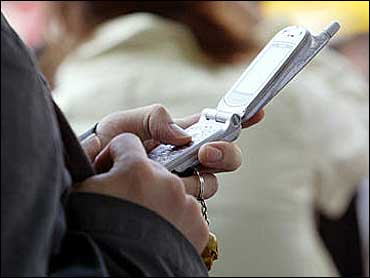 The pattern has become scarily familiar. After forging a pact with strangers over the Internet, young Japanese get together to carry out a carefully planned task — suicide.

Just as others may use the Web to plan a vacation or perhaps find a date, some people are turning to it to form death pacts. They trade tips on which rooftops are the best to jump from, which over-the-counter drugs are the most lethal.

Officials say suicide pacts have been made over the Internet since at least the late 1990s, and have been reported everywhere from Guam to the Netherlands.

But in Japan, where the suicide rate is among the industrialized world's highest, officials are worried about a spate of such deaths. Since February, at least 20 Japanese, most of them young, have killed themselves in groups, most recently a pair who suffocated themselves in mid-June by inhaling fumes from a charcoal stove.

Alarmed, some politicians are suggesting suicide sites on the Web be regulated, or shut down.

"I do wonder if these suicide sites should be left as they are," said Education Minister Atsuko Toyama. "Is it right to neglect the dissemination of information that invites people to kill themselves?"

Regulation doesn't sit well with many experts, however.

"Allowing suicidal people to communicate their problems over the 'Net is not the issue," said Dr. Yoshitomo Takahashi, a professor of behavioral science at the National Defense Medical College Research Institute.

He said authorities should be focusing their resources on suicide prevention rather than trying to crack down on Internet sites.

"The problem in Japan is that there are more sites where people are exchanging suicide methods, looking for partners, than there are sites devoted to prevention," he said.

Kazutaka Nakamizo, spokesman for the telecommunication ministry's bureau that supervises electronic communications, said a causal link would have to be proved between a site and a specific suicide.

"Many of these sites actually exist to try and dissuade potential victims," he said. "We can't shut down all of them."

The National Police Agency has yet to compile any nationwide statistics on Internet-related suicides because discussing a death wish is not against the law — it's only illegal to be an accomplice to a suicide.

Suicide sites, often designed with an ominous, pitch-black background, post disclaimers about the dangers of their content. Delving further into the sites leads to chat rooms spilling over with death wishes and exchanges of ideas on how best to take your own life.

Some sites offer "shopping lists" detailing materials necessary for self-asphyxiation as well as ready-made packages available for a price.

One such site became famous in 1998 when a 27-year-old science teacher was found to be dispensing cyanide pills to suicidal people who contacted him via the Internet. Soon after news broke about cyanide deaths linked to his "consultation room," his Web hosting service shut down the site.

The teacher, who was under investigation, later killed himself.

Most suicide sites today appear to be frequented largely by young people, some still in their early teens, who are troubled by bullying, romantic breakups or abusive family members.

Others, who are obviously much older, confess to financial difficulties and job loss and trade advice on whether insurance companies will pay their families' benefits.

The 20 dead since February included three middle-aged Japanese, but the rest were in their early 20s. All killed themselves by lighting stoves in small, enclosed areas and then suffocating on the deadly fumes.

In recent years, Japan has recorded about 20 suicides for every 100,000 people annually. That compares to around 14 per 100,000 in both the United States and Germany, according to a United Nations report on violence and health released last September.

The National Institute of Mental Health conducted a preliminary study of suicide sites on the Internet two years ago and found few dedicated to suicide prevention, while how-to sites were many. The institute reopened the study in June.

Those who create the sites argue they provide a much-needed haven for people who are ultimately seeking help, not death.

"I can understand why the government is concerned. But death pacts are not their sole purpose," said the webmaster of the site Dead-Line who spoke on condition of anonymity. "Regulating suicide sites is meaningless."

Alfons Deeken, professor at Tokyo's Sophia University and founder of the Japanese Association for Death Education and Grief Counseling, backs limited regulation but says cracking down on Web sites will not solve the problem. He says the focus must be on counseling and support for the suicidal.

"In Japan, death as a whole, not just suicide, has been taboo," Deeken said. "A support structure exists, but the problem is most people who are considering death — who don't know who to turn to — don't know it exists. It doesn't reach the people who need it."