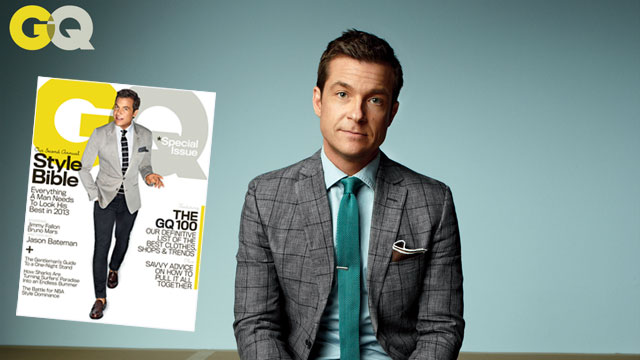 For the six years following the final episode of "Arrested Development," rumors of a reunion project had been bandied about by fans and the cast alike. But, in truth, few actually believed we'd get another chapter in the story of a wealthy family who lost everything, and the one son who had no choice but to keep them all together. Except said son.

"It was something that, every month or two since the end of the show, there would be an update about the progress [about some kind of reunion], so it wasn't that big of a shock when it happened, because it always seemed like it was a half a year from happening anyway," Jason Bateman says in the new issue of GQ Magazine.

"When we did finally all come together on the set, it was pretty neat. I just don't know how many examples there are of that -- where people get to come back and do a reunion-type situation and have it not be a bit of a Hail Mary, career-wise. That show launched a lot of our careers and everyone is doing great, so to come back together while things are going well is really a fortunate situation. Everybody had to be big boys about not making it financially impossible."

On the subject of his increasingly successful career, Bateman says, "I'd like it to be more like George Clooney's career or Ben Stiller's career or Ben Affleck's career as far as splitting the time between acting and directing." But there's one job Bateman would still like that shocked me: talk show host!

"Without getting too specific about it, I've thought seriously about it," he tells the mag. "I was talking to Amanda [his wife] about, in 20 years -- when the girls go to college and we can finally move to New York, which is what I've been wanting to do forever -- if television will have me, I would love to do that. Regis retired at what, 80? So in 20 years I'll be 64. To host a talk show then, that would be a fun way to do the last bit."