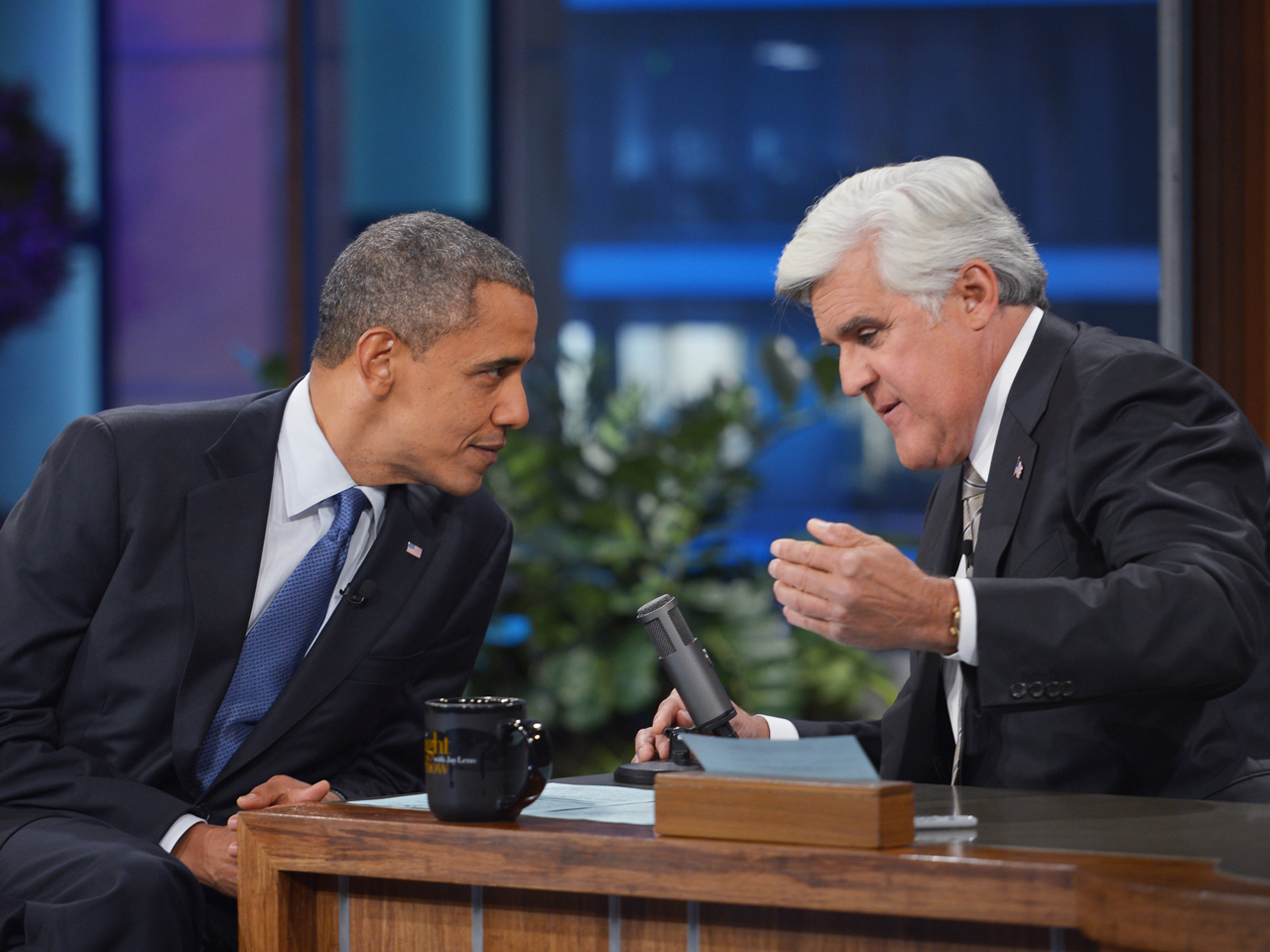 One thing is for sure: Jay Leno's got some brass ones.

On Tuesday night, "The Tonight Show" host took yet another jab at his NBC network home during his monologue -- just one day after he had referred to the NBC top execs as "snakes."

"Did you hear about this? A 28-year-old woman from Serbia has a rare brain condition where she sees everything upside down," Leno said during his monologue. "The good news? She's now been given a job at the White House as President Obama's economic adviser. Isn't that crazy? It's unbelievable. She sees everything upside down. In fact, she thinks NBC is at the top of the ratings."

While this joke wasn't really that crazy or mean-spirited - or even that funny, it comes at a somewhat precarious time for the host, considering news just broke that he had been asked directly by an NBC bigwig to tone down the ratings digs.

But apparently Leno isn't frightened of a little warning because on Monday's show he called the NBC execs snakes. Yup, those slithery, slimy, reptiles.

Leno said, "You know the whole legend of St. Patrick, right? St. Patrick drove all the snakes out of Ireland -- and then they came to the United States and became NBC executives."

Well, that's one way not to get your contract renewed.