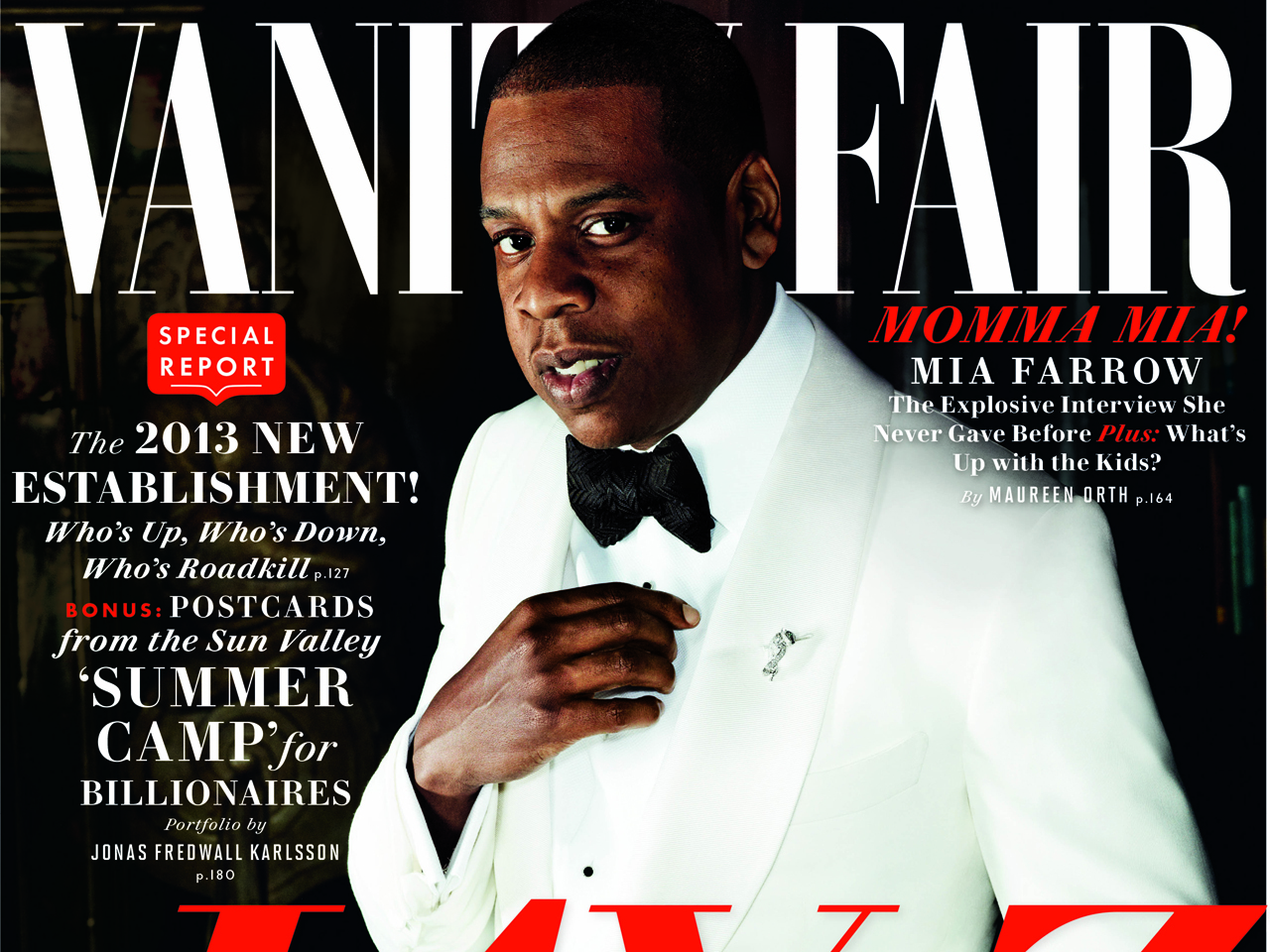 Jay Z got candid about his drug-dealing past in a new interview with Vanity Fair.

Appearing on the magazine's cover, the rapper/mogul recalled what it was like growing up when "crack was everywhere."

"It was inescapable. There wasn't any place you could go for isolation or a break. You go in the hallway; [there are] crackheads in the hallway," he told the magazine. "You look out in the puddles on the curbs -- crack vials are littered in the side of the curbs. You could smell it in the hallways, that putrid smell; I can't explain it, but it's still in my mind when I think about it."

Other parts of the interview touched on lighter things, like his 18-month-old daughter, Blue Ivy Carter, with wife Beyonce.

"She's [Blue Ivy]  my biggest fan," he gushed. "If no one bought the "Magna Carta" [album], the fact that she loves it so much, it gives me the greatest joy. And that's not like a cliche. I'm really serious. Just to see her -- 'Daddy song, more, Daddy.' She's genuine, she's honest, because she doesn't know it makes me happy. She just wants to hear it."

He recalled wooing Beyonce in the early days of their relationship. "Well, you know, you've got to try first. You got to dazzle ... wine and dine," he said in the interview. When asked if she would have been interested in him if he were a gas station attendant and not a celebrity, he responded, "If I'm as cool as I am, yes. But she's a charming Southern girl, you know, she's not impressed.... But I would have definitely had to be this cool."

Jay Z also addressed the rumors that the "Countdown" singer wasn't actually pregnant with their daughter.

"I don't even know how to answer that," he said. "It's just so stupid. You know, I felt dismissive about it, but you've got to feel for her. I mean, we've got a really charmed life, so how can we complain? But when you think about it, we're still human beings.... And even in hip-hop, all the blogs -- they had a field day with it. I'm like, we come from you guys, we represent you guys. Why are you perpetuating this? Why are you adding fuel to this ridiculous rumor?"

As for the couple's decision to trademark Blue's name? It was so no one else could exploit it for profit.

"People wanted to make products based on our child's name," he explained, "and you don't want anybody trying to benefit off your baby's name. It wasn't for us to do anything; as you see, we haven't done anything."