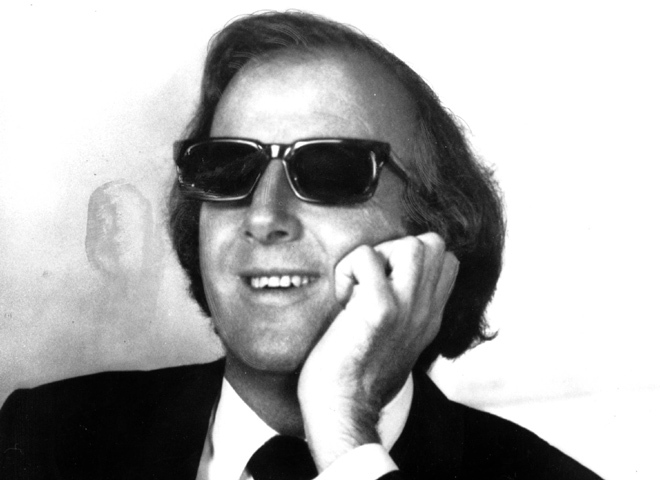 NEW YORK - Sir George Shearing, the ebullient jazz pianist who wrote the standard "Lullaby of Birdland" and had a string of hits both with and without his quintet, has died. He was 91.

"He was a totally one-of-a-kind performer," said Sheets. "It was something wonderful to see, to watch him work."

To hear Shearing perform click on the video players below

Shearing had been a superstar of the jazz world since a couple of years after he arrived in the United States in 1947 from his native England, where he was already hugely popular. The George Shearing Quintet's first big hit came in 1949 with a version of songwriter Harry Warren's "September in the Rain."

He remained active well into his 80s, releasing a CD called "Lullabies of Birdland" as well as a memoir, "Lullaby of Birdland," in early 2004. In March of that year, though, he was hospitalized after suffering a fall at his home. It took him months to recover, and he largely retired from public appearances after that.

"He was getting better periodically and doing quite well up into about a month ago," said Sheets.

In a 1987 Associated Press interview, Shearing said the ingredients for a great performance were "a good audience, a good piano, and a good physical feeling, which is not available to every soul, every day of everyone's life.

"Your intent, then, is to speak to your audience in a language you know, to try to communicate in a way that will bring to them as good a feeling as you have yourself," he said.

In 2007, Shearing was knighted by Queen Elizabeth II for his contribution to music. When the honor was announced, he said it was "amazing to receive an honor for something I absolutely love doing."

Shearing's bebop-influenced sound became identified with a quintet — piano, vibes, guitar, bass and drums — which he put together in 1949. More recently, he played mostly solo or with only a bassist. He excelled in the "locked hands" technique, in which the pianist plays parallel melodies with the two hands, creating a distinctly full sound.

When Torme won Grammys two years in a row in 1983-84, for "An Evening With George Shearing and Mel Torme" and "Top Drawer," he blasted the National Academy of Recording Arts & Sciences for failing to nominate his partner, Shearing, either time.

"It's hard to image a more compatible musical partner," Shearing said after Torme died in 1999. "I humbly put forth that Mel and I had the best musical marriage in many a year. We literally breathed together during our countless performances." And he told Down Beat magazine: "Mel was one of the few people that I played with whom I felt I worked with and not for."

Shearing wrote "Lullaby of Birdland" in 1952; it's named for the famous New York jazz club. He acknowledged composing it in just 10 minutes. "But I always tell people, it took me 10 minutes and 35 years in the business," he told The Christian Science Monitor in 1980. "Just in case anybody thinks there are any totally free rides left, there are none!"

At an 80th birthday celebration at Carnegie Hall in 1999, Shearing introduced "Lullaby" by joking: "I have been credited with writing 300 songs. Two hundred ninety-nine enjoyed a bumpy ride from relative obscurity to total oblivion. Here is the other one."

Among other songs recorded by the George Shearing Quintet: "I'll Never Smile Again," "Mambo Inn," "Conception," "Let's Call the Whole Thing Off" and "East of the Sun (and West of the Moon)."

The landmark albums he and the quintet made include "The Swingin's Mutual," backing up vocalist Wilson, and "Nat King Cole Sings/George Shearing Plays."

But Shearing laid the quintet to rest in 1978, except for occasional revivals.

"I needed a breath of fresh air and a chance to grow individually," he told the AP. "What I find as a soloist or working with a bassist, is that I can address myself more to the proposition of being a complete pianist; I find a lot more pianistic freedom."

He was already working at his memoir in 1987, saying he was using a Braille word processor. "I think there are a lot of things to be told from my view — the world of sound and feel," he said. Years earlier, in a 1953 AP interview, he had said he referred to his blindness as little as possible because, "I want to get by as a human being, not as a blind person."

As he grew older, he spoke frankly of aging.

"I'm not sure that technique and improvisational abilities improve with age," the pianist said. "I think what improves is your sense of judgment, of maturity. I think you become a much better editor of your own material."

Shearing was born Aug. 13, 1919, to a working-class family and grew up in the Battersea district of London.

A prodigy despite his inability to see printed music, he studied classical music for several years before deciding to "test the water on my own" instead of pursuing additional studies at a university. Shearing began his career at a London pub when he was 16.

During World War II, the young pianist teamed with Grappelli, the French jazz violinist, who spent the war years in London. Grappelli recalled to writer Leonard Feather in 1976 that he and Shearing would "play during air raids. Was not very amusing."

Shearing had a daughter, Wendy, with his first wife, the former Trixie Bayes, whom he married in 1941. The marriage ended in divorce in 1973 and two years later he married singer Ellie Geffert.

The popularity of the Shearing quartet's records a half-century ago had some writers suggesting he didn't take his jazz seriously enough. In a 2002 New York Times piece, critic Terry Teachout said such talk was beside the point.

"The time has come," Teachout wrote, "for George Shearing to be acknowledged not as a commercial purveyor of bop-and-water, but as an exceptionally versatile artist who has given pleasure to countless listeners for whom such critical hairsplitting is irrelevant."

Shearing is survived by his wife, Geffert.