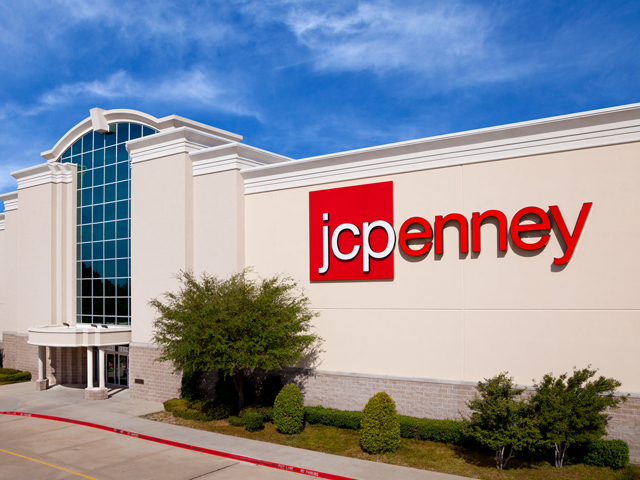 (CBS/AP) NEW YORK - J.C. Penney & Co.'s (JCP) stock is one of the market's biggest decliners Thursday after the department store chain said that it expects its financial struggles to continue during the second half of the year.

The retailer has tried to revamp its pricing, merchandise and store design, but its efforts have turned loyal shoppers away. This led to disastrous financial results this year and forced the company to change its strategy.

J.C. Penney says it still sees some struggles ahead but expects business to improve in the long run. The Plano, Texas, company unveiled a new store prototype at an investor meeting Wednesday that got rave reviews. But some investors weren't willing to make another long-term bet on the retailer.

J.C. Penny earlier this month reported a net loss for the second-quarter of $147 million, or 67 cents per share, a sharp decrease from net profits of $14 million in the year-ago period. Comparable store sales fell 21.7 percent for the quarter.

The company attributed the decline in part to a shift in strategy at the company under CEO Ron Johnson that included changes in product pricing, an overhaul of stores and a marketing push to revive the company's tarnished brand.

J.C. Penney's revamp has been painful. The retailer did away with coupons and frequent sales in favor of "everyday low pricing" earlier this year, but the move upset and confused some shoppers. So it brought back some sales and tweaked its advertising in July.

J.C. Penney is still trying to overcome that misstep and slow sales. It expects the financial drag will linger through the year but thinks new store designs will help its business in the long run.

The Plano, Texas, company unveiled a new store prototype Wednesday that got great reviews. It features an array of mini-boutiques with brand names such as Disney, Liz Claiborne and Carter's that build on its earlier success with brands like Levi's and Sephora that put stores within its stores to draw new shoppers. The company also will widen its aisles and introduce new self-checkout options to improve the shopping experience. And it is adding coffee, candy and gelato stands to keep shoppers hanging around.

J.C. Penney hopes the stores will help move its image from dowdy and dated to upscale and trendy, without losing its value edge. Some industry experts remain skeptical.

"We want to believe this can work, and longer term, we think it will. But this has been, and will likely continue to be a roller coaster ride with many ups and downs," Nomura Equity Research analyst Paul Lejuez said in a research note, in which he kept a "Neutral" rating on the company's shares.

The analyst said the company's ideas are impressive and transformative. However, he remains concerned about when sales will turn around and the execution risks that come along with some of the big changes. He also questioned the company's plans to only improve 700 of its 1,100 stores.

A J.C. Penney representative could not immediately be reached for comment.

J.C. Penney's stock has run a jagged line over the past year as investors hoped for the best only to be disappointed by the results. Its shares fell sharply from a yearlong high of $43.13 in February to $19.25 in July. Shares were on their way back up until Thursday.

The day's stock movement may be a knee-jerk reaction though, as many analysts still saw a bright future ahead for one of the nation's older and more established retailers. The company and its forerunners have been around since 1902.

Citi analyst Deborah Weinswig said she is fired up after the sneak peak at the new store and reiterated a "Buy" rating on its shares.

"(J.C. Penney) is clearly not out of ammo, as it showcased a dazzling display of technology, outgunning the competition," Weinswig wrote in a note. "We believe that the new (J.C. Penney) will offer a shopping experience unlike any other in apparel retailing."