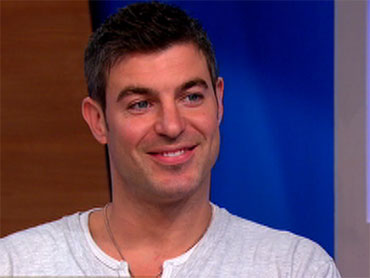 Can you imagine trying to travel around the world without a penny in your pocket?

Well, former "Big Brother" and "Amazing Race" contestant Jeff Schroeder did just that -- and he stopped by the "The Early Show" to share the story of his incredible journey -- which started right on "The Early Show" plaza on July 26.

How did Schroeder get the wheels in motion his trek?

An undertaking of that magnitude would be difficult under the most ideal of circumstances, but Schroeder's journey was far from ordinary.

He carried no money and was attempting cross the globe for free. His success or failure depended entirely on the kindness of strangers he met along the way and an audience following him online.

Traveling west from New York, Schroeder spent the next 106 days begging, borrowing, and dealing his way across 3 continents, 13 countries, 26,000 miles.

How did he do it? Schroeder tells "Early Show" co-anchor Maggie Rodriguez how he managed to travel around the world for free: