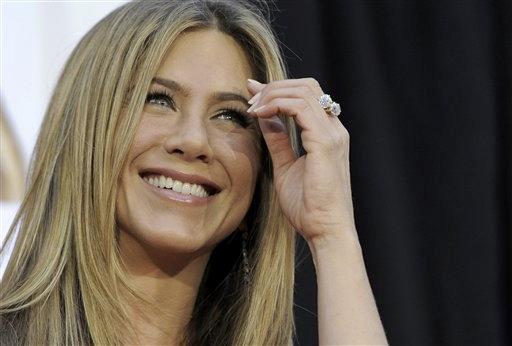 NEW YORK (CBS) It seems as if its a brand new trend is sweeping Hollywood these days.

Justin Bieber was the first to shed his locks and now Jennifer Aniston is the latest celebrity to follow in his footsteps.

Aniston, who just celebrated her 42nd birthday, was spotted in Madrid sporting a much shorter look. With her co-star Adam Sandler, 44, she is in Europe promoting the release of there brand new romantic comedy "Just Go With it". Funnyman Sandler takes the role of Danny, a plastic surgeon who convinces his assistant Katherine (Aniston) to pose as his soon-to-be-ex wife.

This wouldn't be the first time that Emmy winner has gone  for a shorter look. While on her hit TV series "Friends," she revealed a short and layered haircut that was given the name, "The Rachel".

In a recent interview, she stated that "it was the ugliest haircut I have ever seen," but others begged to differ as it went on to become one of the hottest hairstyles of the '90s.

Could this be the next "Rachel" haircut?