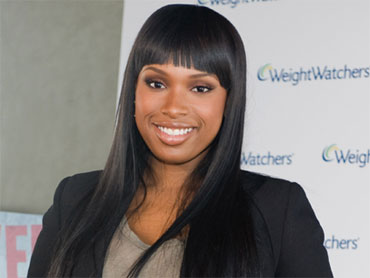 NEW YORK (CBS) Jennifer Hudson opened up about some weighty subjects - both literally and figuratively - on Thursday's "The Oprah Winfrey Show."

The Oscar-winning singer-actress revealed to Oprah Winfrey that she has lost 80 pounds on Weight Watchers (she is a spokeswoman for the program).

"It's like a brand new me," Hudson said. "Sometimes I don't even recognize myself."

She explained that she made the decision to lose weight while she was pregnant with her now 2-year-old son, and she eventually went from a size 16 to a size 6.

Hudson also spoke about the tragedy in her family that occurred more than two years ago, when her mother, brother and nephew were murdered.

"I try to do everything to say, 'OK, will my mother like this? Will she be pleased? Will she be proud of that? How do I know she's happy and she's smiling down at me from heaven?'" she told Winfrey. "And that's what I try to go by and walk by."

She added, tearfully, that she could hear the voices of her brother and mother telling her to "knock it off," stop crying and keep going.

Hudson also performed her new single, "Where You At," from her forthcoming album.