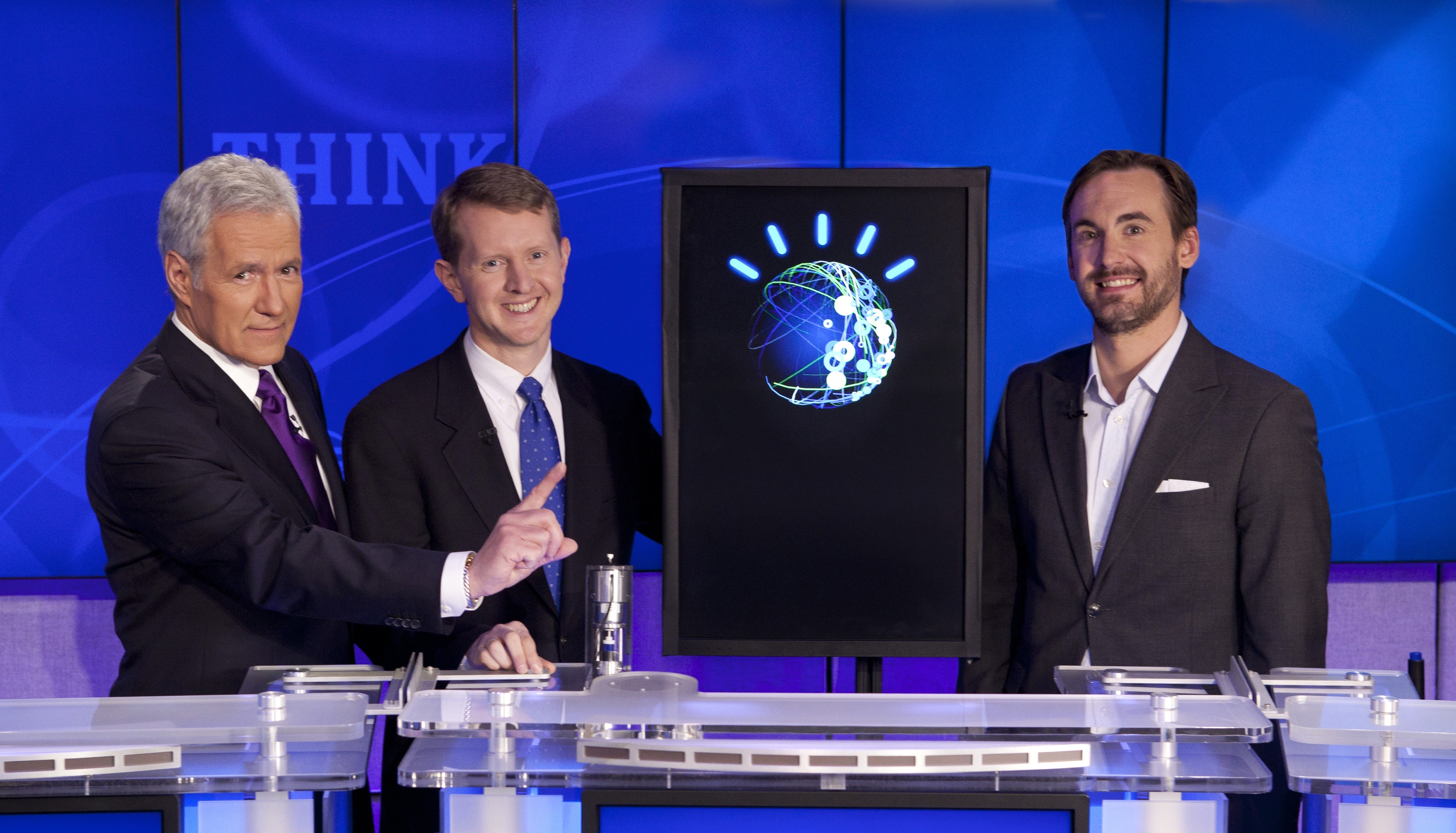 NEW YORK - In the "Jeopardy!" battle of man vs. machine, man and machine were neck-and-neck on Monday.

Human player Brad Rutter and the supercomputer named Watson ended an initial round tied at $5,000. The other challenger, human Ken Jennings, was far behind with $2,000.

Rutter (the show's all-time money-winner with $3.25 million) and Jennings (who has the longest winning streak at 74 games) are the most successful players in "Jeopardy!" history. Watson, named for IBM founder Thomas J. Watson, is powered by 10 racks of computer servers running the Linux operating system.

"You are about to witness what may prove to be an historic competition," host Alex Trebek told viewers at the top of the show.

No question, Watson proved to be an amazing competitor - maybe even a little creepy in the speed and accuracy he displayed.

With categories including Beatles People, Olympic Oddities and Name the Decade, the round got started with Rutter choosing the first question, Alternate Meanings for $200: "4-letter word for a vantage point or a belief."

"What is a view?" was Rutter's correct response.

But Watson took charge with his answer to Alternate Meanings for $400: "4-letter word for the iron fitting on the hoof of a horse or a card-dealing box in a casino."

"What is a shoe?" said Watson in his resonant electronic voice.

His next selection was the game board's Daily Double, and, after wagering $1,000, he correctly named the literary character being sought: "Who is Hyde?"

At one point Watson was dominating to the tune of $4,000, against $200 each for Jennings and Rutter. Then Rutter, giving hope to worried human viewers, began his rally.

Along the way, Watson made a few embarrassing stumbles.

After Jennings incorrectly said the 1920s was the decade in which Oreo cookies were introduced, Watson jumped in with his answer: "What is 1920s?"

Rutter got it right when he responded, "What are the 1910s?"

Later, Watson slipped up on the question: "Stylish elegance, or students who all graduated in the same year."

"What is chic?" ventured Watson.

"What is class?" Rutter correctly answered.

The exhibition matches will continue on Tuesday and Wednesday on the popular trivia TV game show. Two complete games will be aired, with the winner collecting $1 million.

The bouts were taped at the IBM research center in Yorktown Heights, New York, last month. Both men and Watson have managed to keep the final outcome under wraps.