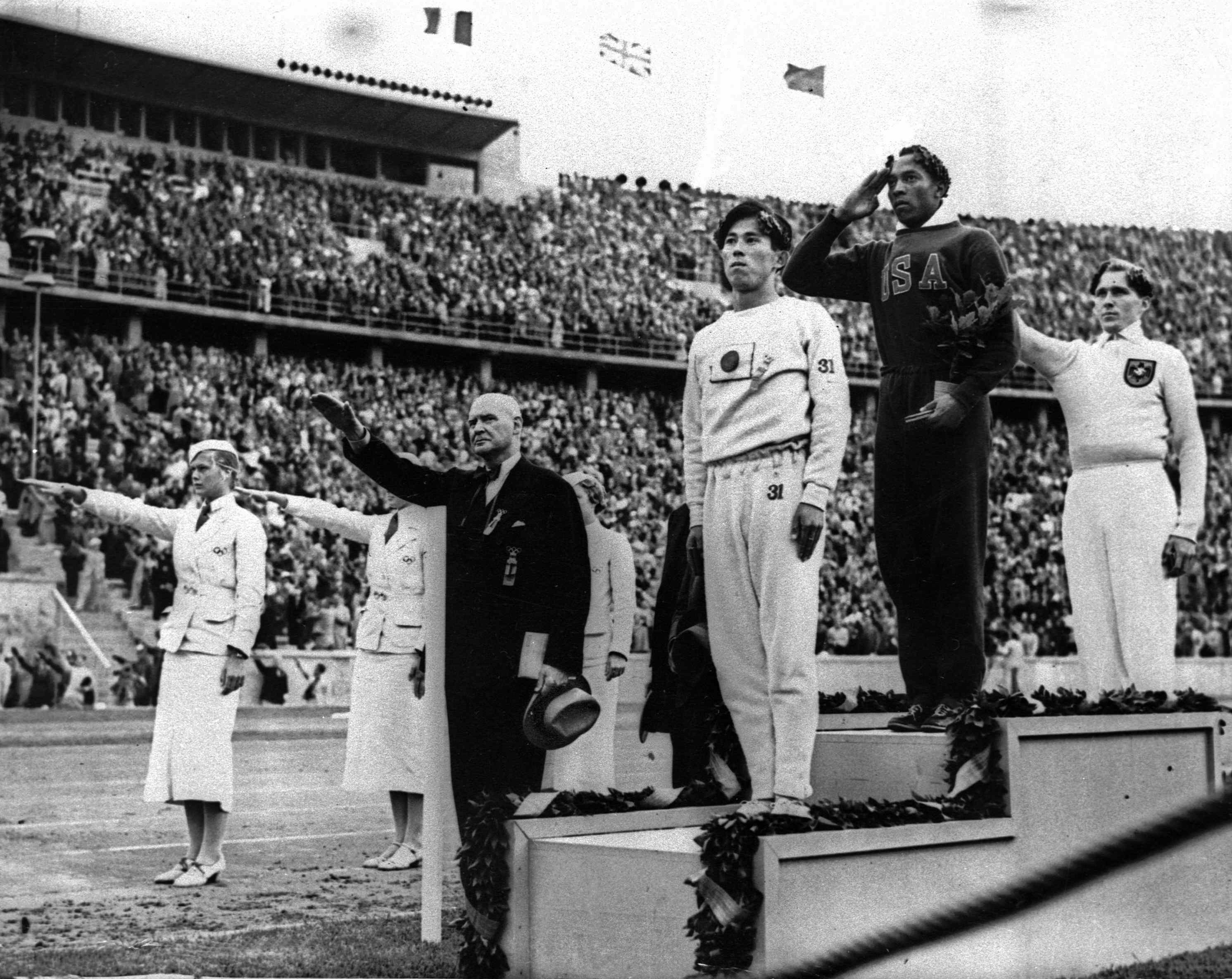 LAGUNA NIGUEL, Calif. -- Amid the jerseys and baseball bats held in a secure room at SCP Auctions, there's a piece of sports memorabilia that speaks to much more than athletic prowess: an Olympic medal won by track star Jesse Owens at the 1936 Games in Berlin.

The medal - being auctioned online - recalls both the Nazi propaganda myths that Owens busted with his world record-setting 100-yard dash, and the American segregation that he came home to when he returned to the U.S. after the Games, which Adolf Hitler had orchestrated to showcase his ideas of Aryan supremacism.

"Almost singlehandedly, Owens obliterated Hitler's plans," SCP Auctions partner Dan Imler said. "You've got an African American, son of a sharecropper, grandson of slaves who overcame these incredible circumstances and delivered a performance for the ages."

Owens won gold in the 100- and 200-meters, the 400 relay and the long jump. But when he returned from the Berlin Games, he struggled to provide for his family.

His job options were limited by segregation and because he decided to return home instead of going on tour with the U.S. Olympic Team, he was stripped of his amateur athletic status.

"When they came back, the U.S. was just as it was when he left - segregated. Even though he came back an Olympic hero, he wasn't offered opportunities that Olympic heroes of today are offered," said his daughter, Marlene Owens Rankin, 74, of Chicago. "We lived well, a middle class life. We didn't want for much. But like many black men of that era, he struggled to provide for his family."

Owens gave one of his four Olympic gold medals to dancer and movie star Bill "Bojangles" Robinson, another supremely talented African-American whose career was hemmed in by limited roles for black men, Imler said. Robinson befriended Owens after the athlete return from the Olympics.

"They formed a friendship and also a professional relationship. Bojangles helped Owens get work in the entertainment field," Imler said. "Owens gave him this medal out of gratitude and as a token of their friendship."

Owens worked for a short time as a band leader but eventually returned to his hometown of Cleveland where he worked for the parks department and eventually found his way into public speaking, his daughter said.

"The black community revered him for what he had accomplished," she said. "Had it been an even playing field, my father and Bojangles would have been super-stars."

The medal comes from the estate of Robinson's widow. The Robinson family declined to comment but Imler said they plan to use the proceeds to pay college tuition and contribute to charity.

SCP Auctions confirmed that the medal is genuine. The whereabouts of the other three original gold medals is unknown.

"We just hope that it's purchased by an institution where the public could have access to it, a museum or something like that," his daughter said.

The auction closes on Dec. 7.