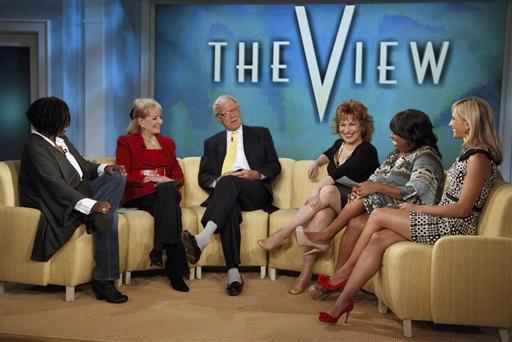 (CBS) "The View" is doing a week-long series on "Where Are They Now?" When producers booked Jessica Hahn for Tuesday, they probably weren't expecting her to embarrass Barbara Walters on national TV.

Jessica Hahn came into the public eye after having a sexual encounter with televangelist Jim Bakker in the 1980s. The story broke in 1987, when it was revealed that Bakker had been paying Hahn to keep the encounter a secret. Bakker was forced to resign from the PTL Club, an organization he founded in 1975. Hahn has always maintained that the encounter was a rape.

On "The View" Tuesday, Sherri Shepherd asked Hahn to talk about the "affair." Hahn apparently took offense and turned the question around on Walters.

"This wasn't an affair," she said. "Unlike, I don't want to be cruel or anything, in your book 'Audition,' you had an affair with a senator."

Like the skilled interviewer she is, Babs turned it right back around to Hahn. "This is about you, my dear. This is not about me, OK?"

So a little bite from a guest and a quick smackdown from Barbara Walters. Sounds like "The View" we all know and love.

Hahn was referring to Walters' admission in her autobiography that she had an affair with Massachusetts Sen. Edward Brooke in the 1970s. At the time, Brooke was the first African-American popularly elected to the Senate, and Walters was a rising star in network news.

View some other major sex scandals, past and present, below.