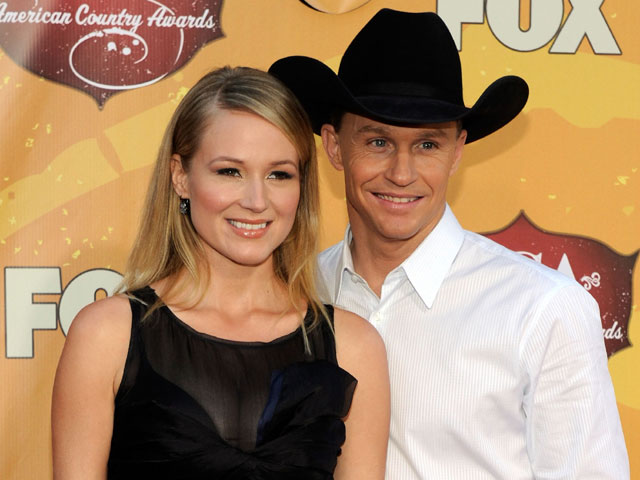 "We would have been happy either way, of course, but we are so excited to be?having a little boy," the 36-year-old singer told People magazine.

The couple married in the Bahamas in 2008 and reportedly have been trying to have a baby ever since. Having also waited to find out the sex of their child, they can now finish remodeling the nursery in their 2,200-acre ranch in Texas.

"I have to admit, I was doing a little dance on our way out of the doctor's office when we found out!" says Murray, 41, a rodeo star who has competed on "Dancing With The Stars."

Jewel learned she was pregnant on the same day she started work on Bravo's reality series "Going Platinum." Jewel is also reportedly working a children's album, following her recent release of a collection of children's songs titled "Lullaby" in 2009.