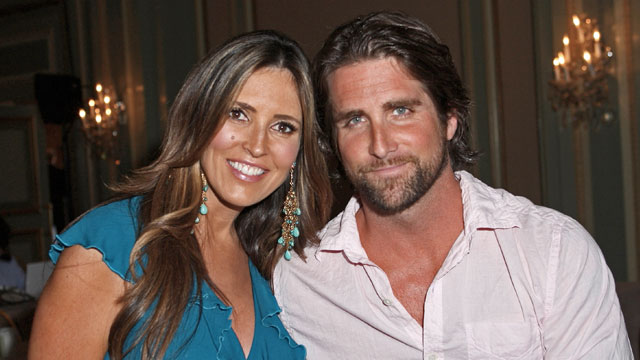 "It is with great regret that my marriage to Grant is ending after more than six years," the former "Good Day L.A." co-host said in a statement.

"He is a special man and we have two amazing children together Ruby, 5, and son Rocco, 3. This was a mutual decision that was not taken lightly and we are committed to our children and will work together to ensure their happy and healthy upbringing."

Reports suggesting her divorce came in early February, but Barberie Reynolds has yet to confirm the news until Friday.

Barberie and Reynolds, who became an actor after serving in the Marines, were married in a private ceremony in 2006, four years after she ended her six-year marriage with professional baseball player Bret Barberie.

In addition to her 16-year tenure on the "Good Day L.A." show, Barberie Reynolds has served as a weather reporter for "Fox NFL Sunday," hosted the now-extinct "American Idol" follow-up show "American Idol Extra" and was featured on the reality show "Househusbands of Hollywood" with her husband.

She has also undertaken various acting gigs, including a recurring role on the sitcom "Good Morning, Miami" amid an assortment of guest appearances on TV series.