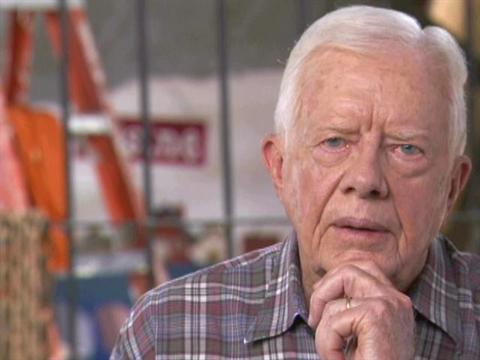 The exclusive interview will air on CBS News' politics webcast "Washington Unplugged" on Tuesday, November 30th at 12:30 p.m. ET and in its entirety on CBSNews.com.

This is the former president's first sit-down interview since Election Day when his Democratic party took a "shellacking" (in President Obama's words), losing control of the House to Republicans. Plante will get Mr. Carter's reaction to the midterm election results and issues facing the lame duck and incoming Congress.

During his time in the White House, Mr. Carter kept a private journal and he is the first president to publish an annotated personal diary. In this interview with CBS News, he'll discuss in more detail his experiences with the Camp David accords, the Iranian hostage crisis and what he calls a contentious relationship with the media.

Plante covered Mr. Carter's presidential campaign for CBS News in the summer of 1976 and then his Vice President Walter Mondale's campaign that fall.

Christine Delargy is an associate producer for CBSNews.com. You can read more of her posts here. For more of Washington Unplugged, follow us on Facebook and Twitter.