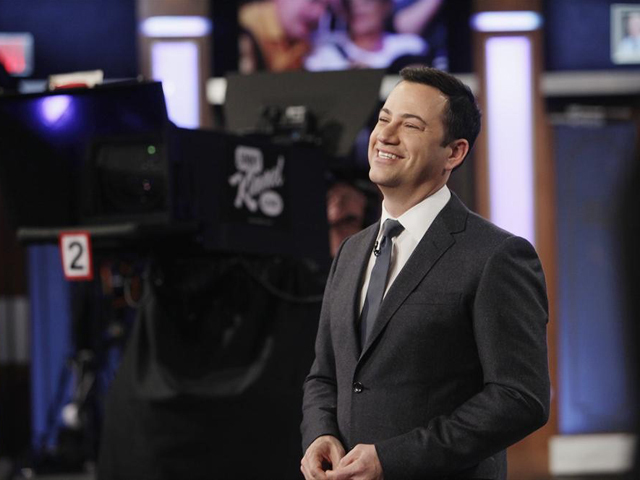 The late-night wars rage on.

Everyone seems to be weighing in on Jay Leno's rumored departure from "The Tonight Show," including one of Leno's current top rivals, Jimmy Kimmel.

"I mean, well, obviously, NBC is looking to move on, because they did it once already," Kimmel said in reference to Conan O'Brien's infamous seven-month stint at "The Tonight Show" before the network moved Leno back in again as host.

"This would be the second time that this has happened. So I mean, it makes perfect sense," Kimmel added, "And Jimmy Fallon is doing a great job. And he's very popular. And so, I mean, hey, eventually, it's going to happen one way or the other."

In January, ABC moved Kimmel's show to 11:35 p.m. in an effort to compete with Leno and CBS' David Letterman.

During their chat, Tapper asked if Kimmel thought NBC's decision to replace Leno had anything to do with his "Live" time slot move.

"God I hope so," Kimmel replied.