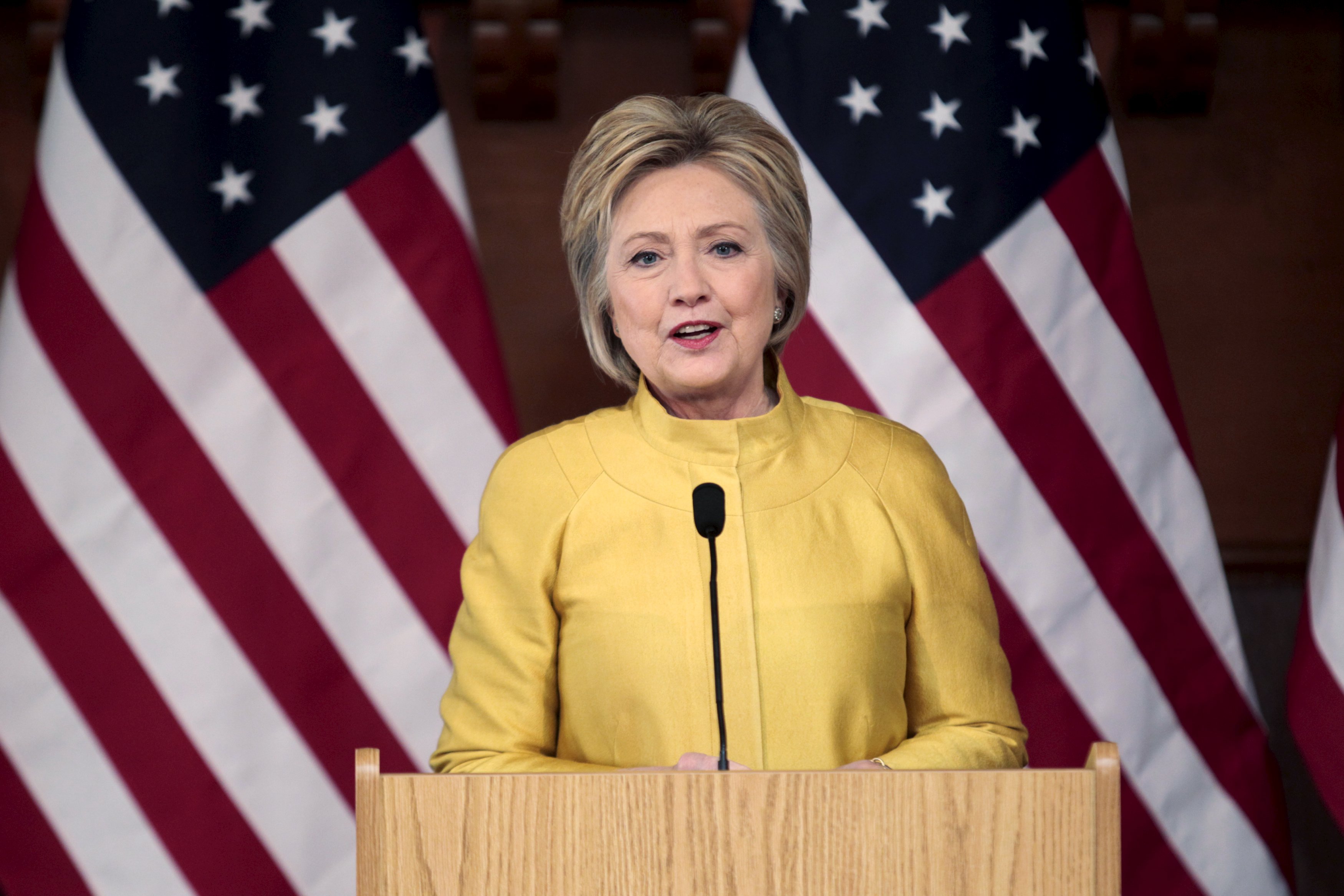 Hillary Clinton knows a thing or two about "man-splaining" -- after a recent victory speech she delivered in Florida following some major primary wins, multiple male pundits complained on social media that the female candidate didn't appear or sound happy enough.

So in her second appearance on Jimmy Kimmel Live on Thursday night, the late-night host gave Clinton a tutorial on delivering campaign speeches. "I feel I am going to be your secret weapon because I'm going to help you win this election, no problem," Kimmel joked.

Then, standing in front of a podium, Clinton began a typical stump speech: "Well, thank you, it's wonderful to be here with all of you."

Kimmel jumped in: "You're shouting, you're too loud. You don't have to shout like that, it hurts my ear. It comes off as little shrill for men. That's all... I mean, you're making a speech, not an arrest. So just tone it down and try it again."

He continued to critique her speech, telling her to smile, and then telling her, "don't smile like that because it's too forced." Later he added, "Just be careful with the face."

Clinton wrapped up the sketch by remarking, "It's like nothing I ever do is right." Kimmel said, "Exactly. You're not doing it right. I can't quite put my finger on it. But something is, you're not umm..."

Democrats who support Clinton have since the start of the campaign season been sensitive to sexism against Clinton, although in recent weeks most of the complaints about sexism in the race have come from Donald Trump's GOP opponents like Ted Cruz.