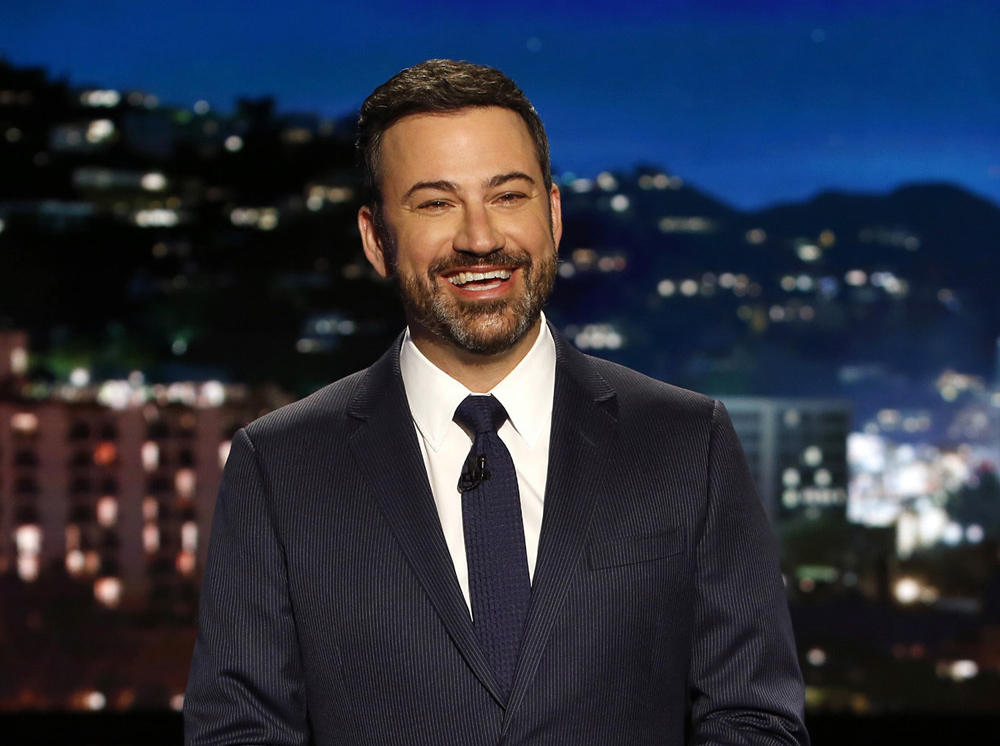 LOS ANGELES -- Jimmy Kimmel zinged his critics as he returned to late-night TV and resumed arguing that Americans deserve the level of health care given his infant son.

Back on ABC's "Jimmy Kimmel Live" Monday after a week's absence, he said baby Billy is recovering well from open-heart surgery for a birth defect and thanked well-wishers. Then he charged back into the fraught topic.

"I made an emotional speech that was seen by millions, and as a result of my powerful words on that night, Republicans in Congress had second thoughts about repeal and replace" of the Affordable Care Act, he joked. "I saved health insurance in the United States of America!"

"What's that? I didn't save it? They voted against it anyway?" Kimmel said. The House approved the GOP's American Health Care Act last week.

He dismissed those who labeled him an elitist -- as a youngster, his family bought powdered milk because they couldn't afford fresh, he said -- and pretended to repent for his previous comments.

"I'd like to apologize for saying that children in America should have health care. It was insensitive, it was offensive, and I hope you can find it in your heart to forgive me," Kimmel said.

He took on former Rep. Newt Gingrich, saying his claim that all children who needed it would receive the same surgery as Kimmel's son in an emergency fell short of addressing what follows.

"That's terrific if your baby's health problems are all solved during that one visit. The only problem is that never, ever happens. We've had a dozen doctor's appointments since our son had surgery," Kimmel said.

Kimmel brought on a current GOP lawmaker, Sen. Bill Cassidy of Louisiana, a physician, who had suggested that the Senate's upcoming health care legislation should have a "Jimmy Kimmel test" of covering pre-existing conditions but in a fiscally conservative way.

During a satellite interview with Cassidy, Kimmel asked about his position on issues including uninsured workers and protection of children under a revised health care bill.

The senator called on viewers to contact their representatives and urge support of final legislation that fulfills President Donald Trump's promise to lower premiums combined with coverage that passes the Kimmel standard.

Kimmel called for his namesake test to guarantee that no family be denied medical care, emergency or otherwise, because they can't afford it.

"You're on the right track," Cassidy said, but the country has to be able to pay for it.

"Don't give a huge tax cut to millionaires like me," Kimmel replied.

On last Monday's show, the host detailed how Billy's routine birth April 21 suddenly turned frightening. Hours after delivery, a nurse noted the slightly purple coloring of Kimmel's son. The newborn was diagnosed with a hole in the wall separating the right and left sides of the heart and a blocked pulmonary valve, a condition known as tetralogy of Fallot with pulmonary atresia.

Billy successfully underwent surgery and is now doing well, but the incident led Kimmel to make a personal, televised plea for continued funding to the National Institute of Health and health insurance coverage for people with pre-existing conditions.

"Before 2014, if you were born with congenital heart disease like my son was, there was a good chance you would never be able to get health insurance because you had a preexisting condition," Kimmel said last week.

"We were brought up to believe that we live in the greatest country in the world, but until a few years ago millions and millions of us had no access to health insurance at all," he said.

"If your baby is going to die and it doesn't have to, it shouldn't matter how much money you make," he said with tears in his eyes. "We need to make sure that the people who are supposed to represent us, the people who are meeting about this right now in Washington, understand that very clearly," he said.

The video of Kimmel's tearful monologue went viral, drawing praised by some, including Obama, and harsh criticism from others.