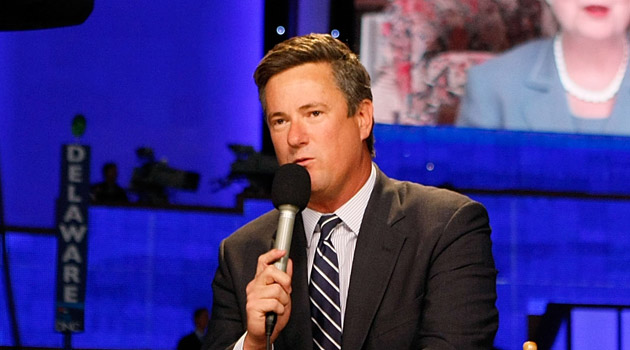 Scarborough, who hosts "Morning Joe" on MSNBC, made eight $500 donations to family members and friends running for state and local office around his home town of Pensacola, Fla.

"I recognize that I have a responsibility to honor the guidelines and conditions of my employment, and I regret that I failed to do so in this matter," Scarborough said in a statement. "I apologize to MSNBC and to anyone who has been negatively affected by my actions."

The suspension of the moderate conservative pundit and former congressman comes two weeks after liberal MSNBC personality Keith Olbermann was suspended for making undisclosed donations. When Olbermann's donations came to light, he was initially suspended indefinitely, but after a liberal backlash developed, MSNBC reinstated Olbermann after two days.