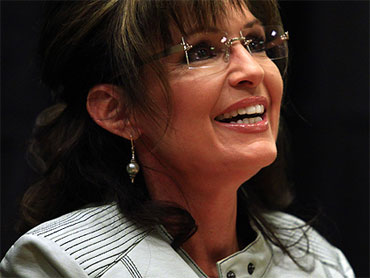 In an opinion column for Politico this morning, MSNBC's Joe Scarborough calls on fellow Republicans to "man up" and start "speaking the truth" to Sarah Palin about her potential as a presidential candidate -- which, he argues, is limited at best.

Scarborough, a former Republican congressman from Florida, calls for public attacks on Palin in light of the former Alaska governor's admissions that she will consider running for presidentin 2012 -- despite low favorability ratingsand apparent lack of establishment party support.

A recent Quinnipiac poll shows Palin leading the Republican field of potential 2012 contenders, but indicates that she would trail President Obama badly in a 2012 matchup.

Indeed, just days before the 2010 election, anonymous GOP political operatives issued a statement to Politico urging Republicansto "find a candidate we can coalesce around who can beat Sarah Palin," because they thought "Barack Obama would crush her" in the general election if Palin secured the GOP nomination.

"Republicans have a problem," Scarborough writes. "The most-talked-about figure in the GOP is a reality show star who cannot be elected. And yet the same leaders who fret that Sarah Palin could devastate their party in 2012 are too scared to say in public what they all complain about in private."

"It's time for the GOP to man up," asserts Scarborough, the conservative host of MSNBC's "Morning Joe."

Scarborough goes on to attack Palin's political credibility, emphasizing her resignation from the Alaska governorship, her role on the new TLC program "Sarah Palin's Alaska," and her beauty queen credentials.

"Who wouldn't agree that finishing third in the Miss Alaska beauty contest is every bit as treacherous as risking your life in military combat?" Scarborough wonders, comparing Palin to George H. W. Bush, whom he lauds for his military service.

"Maybe the beauty contestant who would one day be a reality star and former governor didn't win the Distinguished Flying Cross, but the half-termer was selected as Miss Congeniality by her fellow contestants," Scarborough writes.

The MSNBC host also takes aim at Mr. Obama in the column, arguing that Palin's resume - and qualifications to lead the country - "makes the political biography of Barack Obama look more like Winston Churchill's, despite the fact that the 44th president breezed into the Oval Office as little more than a glorified state senator."

"That reality hardly makes Palin unique, but this is one Republican who would prefer that the former half-term governor promote her reality shows and hawk her books without demeaning the reputations of Presidents Reagan and Bush," Scarborough continues. "These great men dedicated their lives to public service and are too good to be fodder for her gaudy circus sideshow."