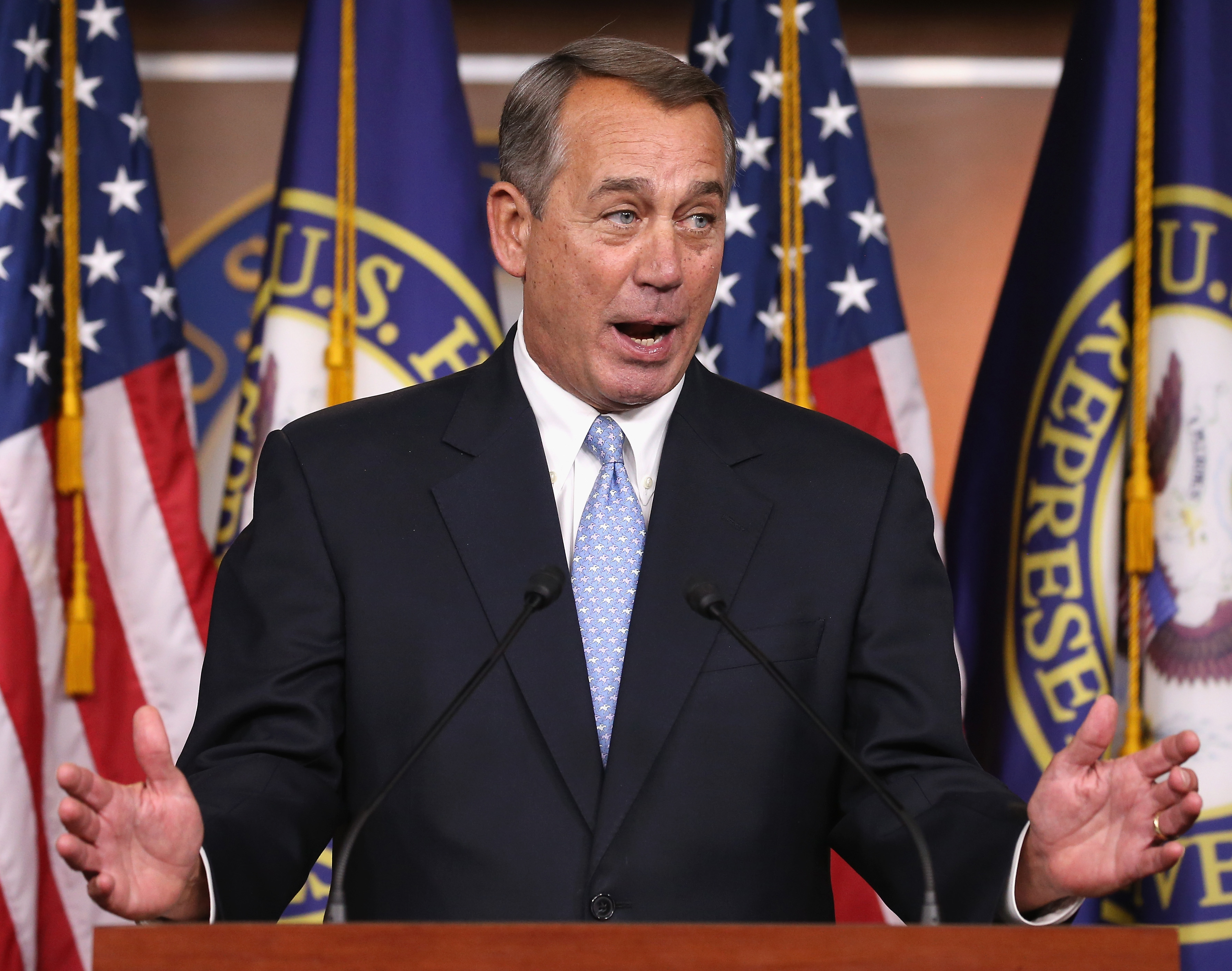 John Boehner sounded off a litany of insults for Republican presidential candidate Ted Cruz Wednesday night, labelling the Texas senator "Lucifer in the flesh" and a "miserable son of a bitch."

"I have Democrat friends and Republican friends," the former House speaker said during a frank on-stage discussion at Stanford University Wednesday. "I get along with almost everyone, but I have never worked with a more miserable son of a bitch in my life."

Boehner, who retired from Congress at the end of October, also let loose on the two other GOP candidates in the race.

Of his relationship with Ohio Gov. John Kasich, Boehner said that he was "my friend, and I love him" -- but with the caveat that Kasich "requires more effort on my behalf than all my other friends."

Boehner said he was on friendly terms with Republican front-runner Donald Trump, adding that he often played golf with the New York business mogul and billing their friendship as one between "texting buddies."

The ex-congressman seemed to accept that Trump would be the party's nominee and said that he would vote for him if that prediction came to pass. Boehner said he would not, however, cast a ballot for Cruz if the Texas senator won the nomination.

After Boehner's comments gained traction on social media, Cruz responded to the insults in a tweet Thursday morning:

Later, Cruz slammed the former House speaker and said he had "never worked with John Boehner.

"The truth of the matter is -- I don't know the man," Cruz said at a press conference in Indiana. "I've met John Boehner two or three times in my life. If I have said 50 words in my life to John Boehner I'd be surprised, and every one of them has consisted of pleasantries."

Boehner also weighed in on the Democratic primary contest, according to the Stanford Daily, the university newspaper that first reported Boehner's comments. The former House speaker praised Vermont Sen. Bernie Sanders as the most honest politician in the White House race. Of Clinton, who he has known for 25 years, Boehner called her accomplished and smart.

He predicted, however, that if Clinton's email scandal escalates, a surprise could come out of the Democratic race.

"Don't be shocked ... if two weeks before the convention, here comes Joe Biden parachuting in and Barack Obama fanning the flames to make it all happen," Boehner said.

The Ohio Republican also commented on the retirement life, looking back at his time in Congress with fondness for the "knuckleheads" and "goofballs" that worked there.

"I think my proudest accomplishment is walking out of there the same jackass I was 25 years before," he said.