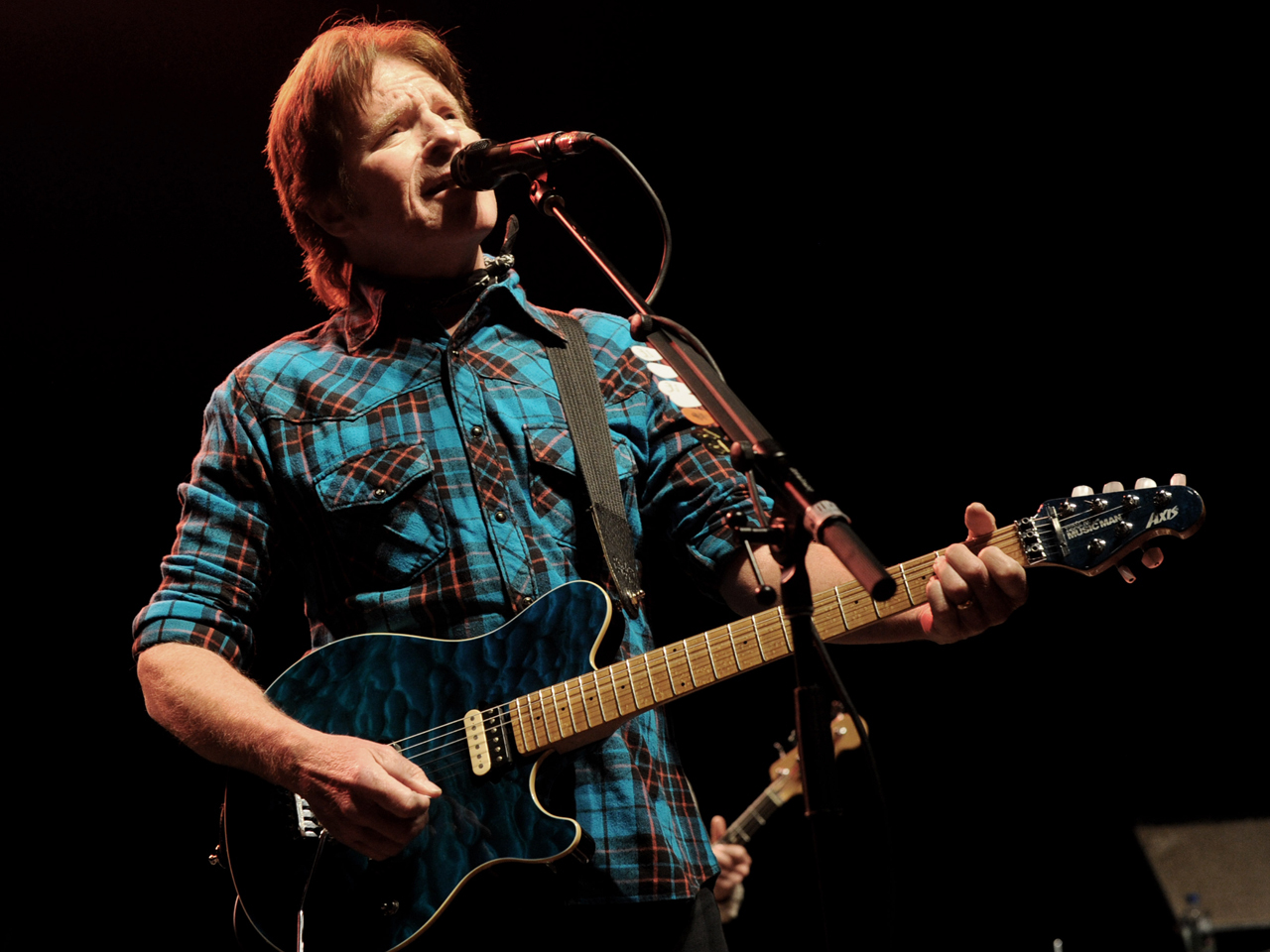 John Fogerty provided the stories behind his music at a listening party for journalists on Tuesday in New York in celebration of his upcoming album, "Wrote a Song For Everyone," due out May 28.

During the two-and-half-hour intimate event, hosted by veteran journalist and TV executive Bill Flanagan, Fogerty enthusiastically provided anecdotes behind each of the 14 songs on the set, which features updated versions of Fogerty and Creedence Clearwater Revival classics, along with two new cuts.

He described the compilation as a "high-water mark" in his life and career.

Fogerty solicited the talents of various musicians for the collection, including the likes of Bob Seger, Jennifer Hudson, My Morning Jacket, Zac Brown Band, Kid Rock, Alan Jackson, Dawes and Brad Paisley. And he was serious about making it happen, traveling all over the world to record the songs in different studios.

"It was interesting to get this coordinated," revealed Fogerty, who said he was often at the mercy of other acts' busy schedules. But once they hit the studio, things went smoothly, with Fogerty encouraging his guest stars to experiment and re-arrange the music.

The lead track, "Fortunate Son," for one, was recorded at the Foo Fighters' studio. "The air was palatable," Fogerty said about the session.

Although Fogerty wrote the 1969 hit song about the Vietnam War, he says that when playing it now he ends up thinking about current events. "Being vocal at that time wasn't as against the grain as it seems now," Fogerty reflected.

In some cases, Fogerty wasn't very familiar with the guest artists. In others situations, he knew them very well, as was the case with country singer Keith Urban. It was Flanagan who encouraged Fogerty to scope out the Aussie country singer several years ago. "Keith who?!" Fogerty asked Flannigan at first mention. But after some prodding, Fogerty and Urban teamed up for a CMT "Crossroads" show in 2005. The two became fast friends. So, it was no surprise Fogerty asked Urban to record "Almost Saturday Night" for the set. "He's a monster musician," Fogerty said about Urban, who plays banjo on the track.

"Wrote a Song For Everyone" became a family affair, too, with Fogerty's sons, Tyler and Shane, joining him in on "Lodi." His 20-something sons, also musicians, play guitar on the Creedence cut. When it came to recording the song at Abbey Road Studios in London, the boys were thinking in the vein of indie folk band Fleet Foxes. But Fogerty had something else in mind: blues-rock. They ended meeting in the middle on "Lodi," one of the album's stand-out tracks.

Country singer Miranda Lambert and guitarist Tom Morello both appear on the title track, written by Fogerty in 1969 about his first wife.

"She sang her heart out," Fogerty said about Lambert, one of the first people the rocker approached about appearing on his album.

While in the studio, Lambert told Fogerty that he needed a "face-melting solo" on the song. That's where Morello came in.

When asked what it was like approaching artists, such as Morello, Fogerty said, "To tell you the truth, I'm usually intimidated."

The new album, though, isn't only reworkings of classics; there are two new tracks, too.

One of them, "Mystic Highway," was a long time coming. Fogerty had sketched the title of the song in a notebook some 20 to 30 years ago. Many years later, he returned to it and composed music and the lyrics. When it comes to songwriting, Fogerty said, he said he needs an incentive. "You got to be sure you want to do it and it will end up somewhere," he said.

And this time, the music will surface. "Wrote a Song For Everyone" is currently available for pre-order at iTunes and on Amazon.