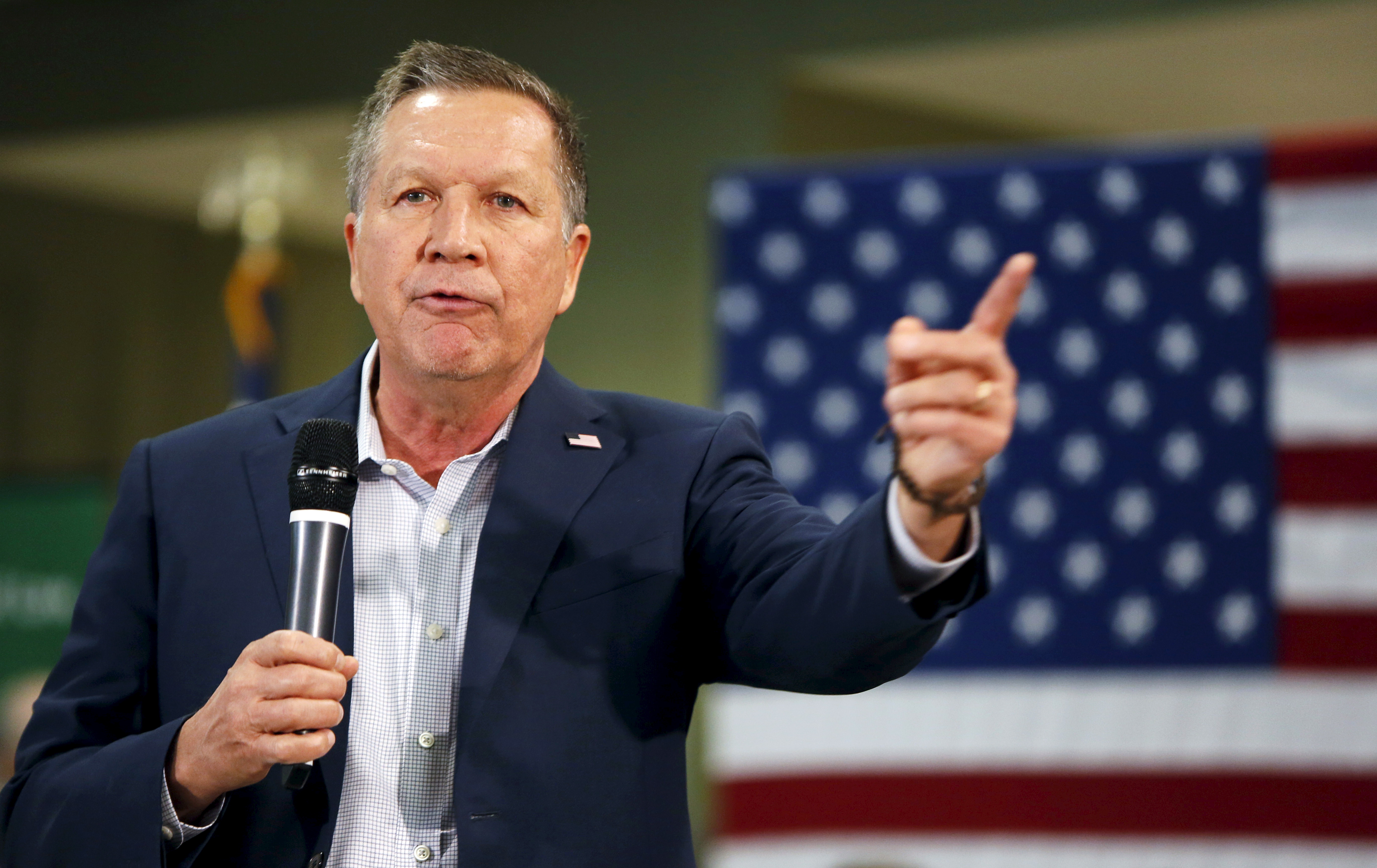 Ohio Gov. John Kasich thanked Ben Carson for the campaign he's run, and defended the viability of his own bid at an event in Grand Blanc, Michigan Wednesday.

Kasich praised Carson for the campaign he'd run and asked his audience to join him in a round of applause for the neurosurgeon, who admitted Wednesday that he saw "no path forward" for his presidential candidacy.

The Ohio governor said he'd spoken with Carson, and told reporters afterwards that Carson is "a heck of a great guy."

Reporters pressed Kasich on whether he had an answer for those who accused him of stealing votes from Marco Rubio and costing him Virginia, which ultimately went to front-runner Donald Trump Tuesday night.

"Well, maybe he's taking votes away from me," Kasich said. "I beat him in Massachusetts, and if he would've dropped out, I would've had more votes and if he hadn't sent one of his hit men up to Vermont, I would've beaten Trump up there." Kasich lost Vermont by under 1,500 votes to Trump.

He didn't name the "hit" man, but a few days ago, the Burlington Free Press said that Rubio backer Sen. Cory Gardner, R-Colorado, was campaigning in Vermont in a bid to convince voters there that Kasich had no shot at the nomination and that his presence in the race was depriving Rubio of votes.

But Kasich isn't going anywhere yet. He is standing firm on the idea that the remaining candidates need to win their own states, a feat accomplished Tuesday night by Ted Cruz in his home state of Texas. Kasich and Rubio will be tested in their home states in just under two weeks.

"It gets down to can he win Florida? Do I win Ohio? And that's what we'll see. Because if you can't win your own state, then I don't know how you move on," Kasich said. "[T]hese guys have been engaging in all these attacks, personal attacks now, for about a week and it just didn't work. They were predicting they were going to win like four states. They won some caucus somewhere. Minnesota of something? That's really- frankly it doesn't even aggravate me because it's silly."