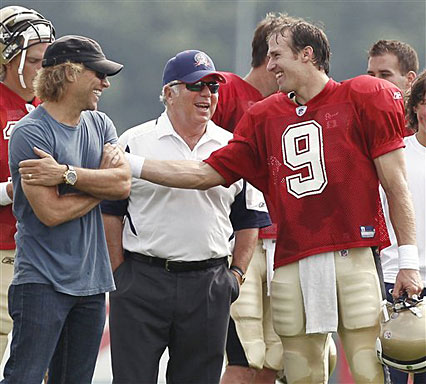 ESPN. com is reporting that the New Jersey musician could own 15 percent of the team - at a cost of nearly $150 million- if he and Blank can reach an agreement.

Blank confirmed the talks to ESPN but would not give any details.

The "Livin' on a Prayer" singer owned the Philadelphia Soul, an Arena Football League team, from 2004-09.