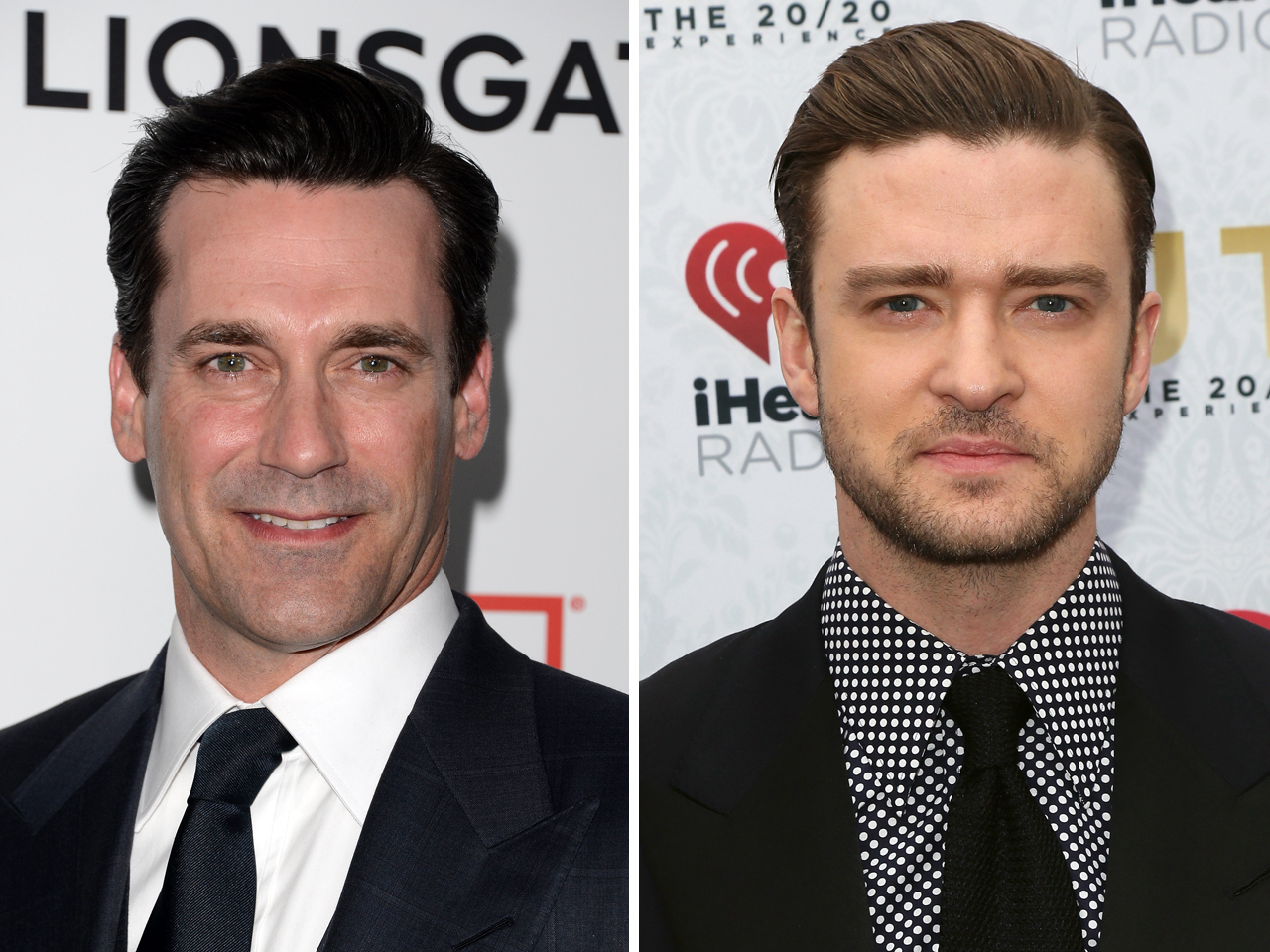 Jon Hamm is no stranger to a suit and tie -- both as Don Draper on AMC's "Mad Men" and on real-life red carpets -- but the actor has now revealed that he's a fan of a certain "Suit & Tie" singer's sartorial style.

"I'm a big fan of Justin Timberlake," he said in a recent interview with the Associated Press. "I think he's a trendsetter, as they say. But he's always been kind of a natty dresser."

The 42-year-old actor added that Timberlake is "a very fashion-forward kind of guy," with perhaps one exception.

"That one unfortunate picture of him in that denim tuxedo excused," Hamm told the AP, referring to the all-denim outfit Timberlake wore to the 2001 American Music Awards.

Well, no one's perfect, not even Justin Timberlake.

"Mad Men" returns for its sixth season with a two-hour premiere on April 7.