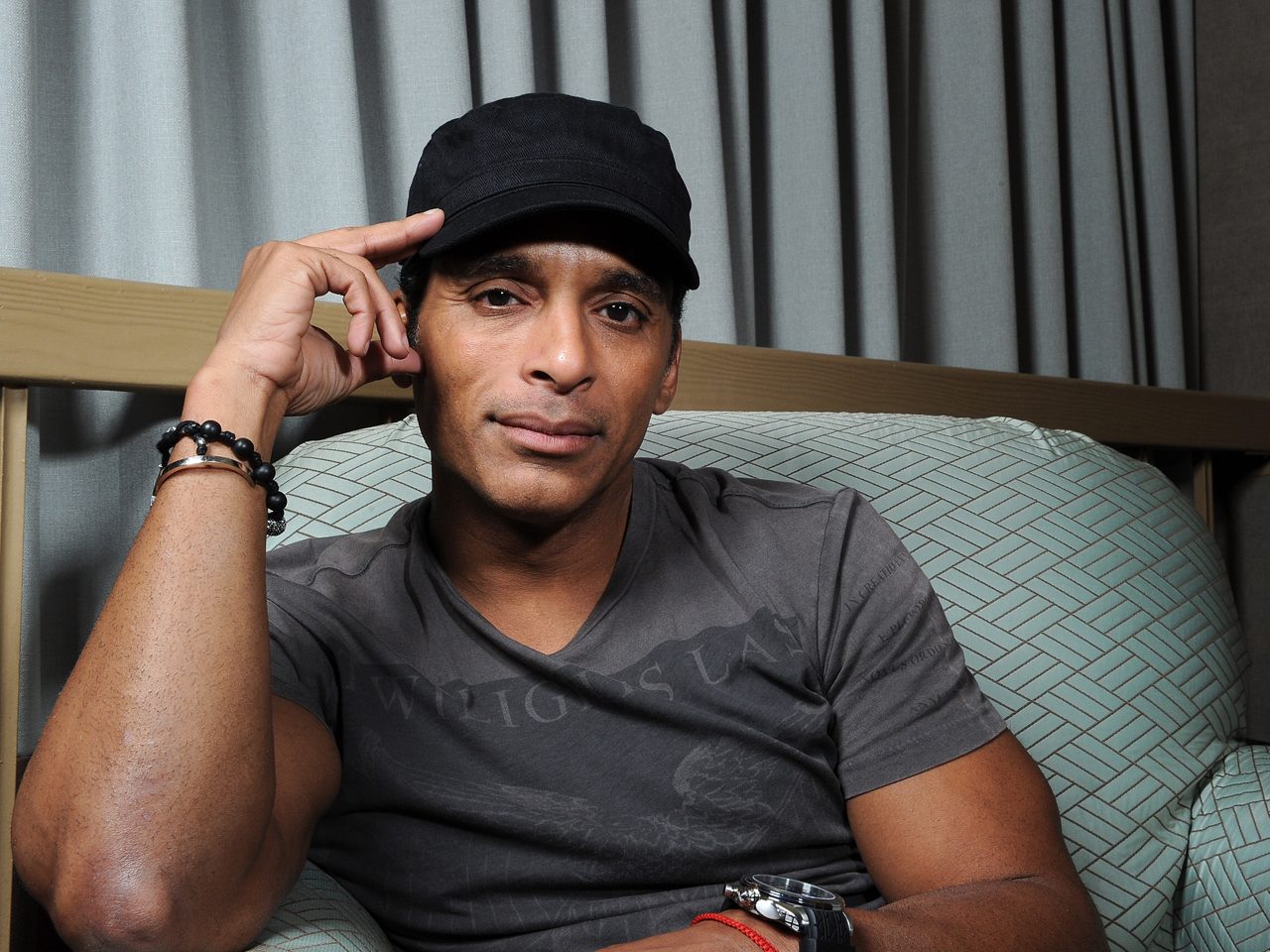 Last year marked 20 years since Jon Secada burst onto the music scene with the hit single "Just Another Day."

Now he's giving fans a taste of his new music with the release of the single, "I'm Never Too Far Away." Meanwhile, the 50-year-old singer-songwriter is hard at work on a new album, due out this summer, which he says will be a fusion of "pop and R&B -- and all those things that my career has been about."

"I grew up listening to all kinds of music and I still try to create that feeling of fusion -- integrating elements everything that I've been influenced by -- and still influenced by," Secada said during a recent visit to CBSNews.com.

Secada, who has starred on Broadway in "Grease" and "Cabaret" and has been a judge on "Latin American Idol," has plenty more in the works, too.

Read on and check out the interview above to see what else is in store for the Latin pop star:

On doing more Broadway: We're looking for that opportunity if it comes our way. I would love to come back to theater and do another show if I could. Theater for me is the most difficult thing that I have ever done -- the discipline, the stamina of doing theater, doing eight shows a week. There's nothing like it, especially if you have a leading role. No tour, no promotional schedule, nothing compares to what it takes doing a Broadway show, especially for an extended period of time.

On joining a reality TV music competition in the U.S.: I would love it. I love television. I love what I've learned and also the connection to discover new talent, to pass on at this point in my career - the knowledge - to be able to pass it on to new talent. I think reality television is probably one of the best vehicles to get recognized, especially these days...I did a show in Peru. I just finished a show in Chile. I will probably end up doing another reality TV show along the way.

On his judging style: I'm very, very honest. Through the years, I have become very transparently honest. Even though I say things in a nice way it does come off very cold and very blunt. But I think young talent needs to hear that unfortunately sometimes. I say what I feel based on my experiences and what I think...I may say it with a smile.

On staying in shape: For the last five years, I've really been committed to working out and a greater lifestyle change. I told myself that by the time I turn 50, I'm going to be in the best shape of my life, and I am. [I do] weight training 3 times a week, and then I do 2 or 3 days of cardiovascular, plus an ab routine I do 4 or 5 times a week. Eating habits are a big part of it. You have to make sure that it complements your workout routine. Nothing crazy. Just common sense.