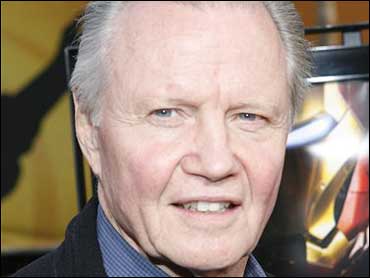 Academy Award-winning actor Jon Voight says he hopes his daughter Angelina Jolie will join him soon on a visit to the Jewish state.

Voight was for years estranged from Jolie. He said on Tuesday his celebrity daughter was well aware of his "affection for Israel and the Jewish people," but that he doesn't know where she stands on Israel.

Jolie serves as a goodwill ambassador for the United Nations.

Voight told The Associated Press he would "love to see" Jolie at his side "coming on a visit to Israel."

He said: "That would be a nice thing before I go."

The 72-year-old Voight starred in such movies as "Midnight Cowboy," ''Deliverance" and "Coming Home."