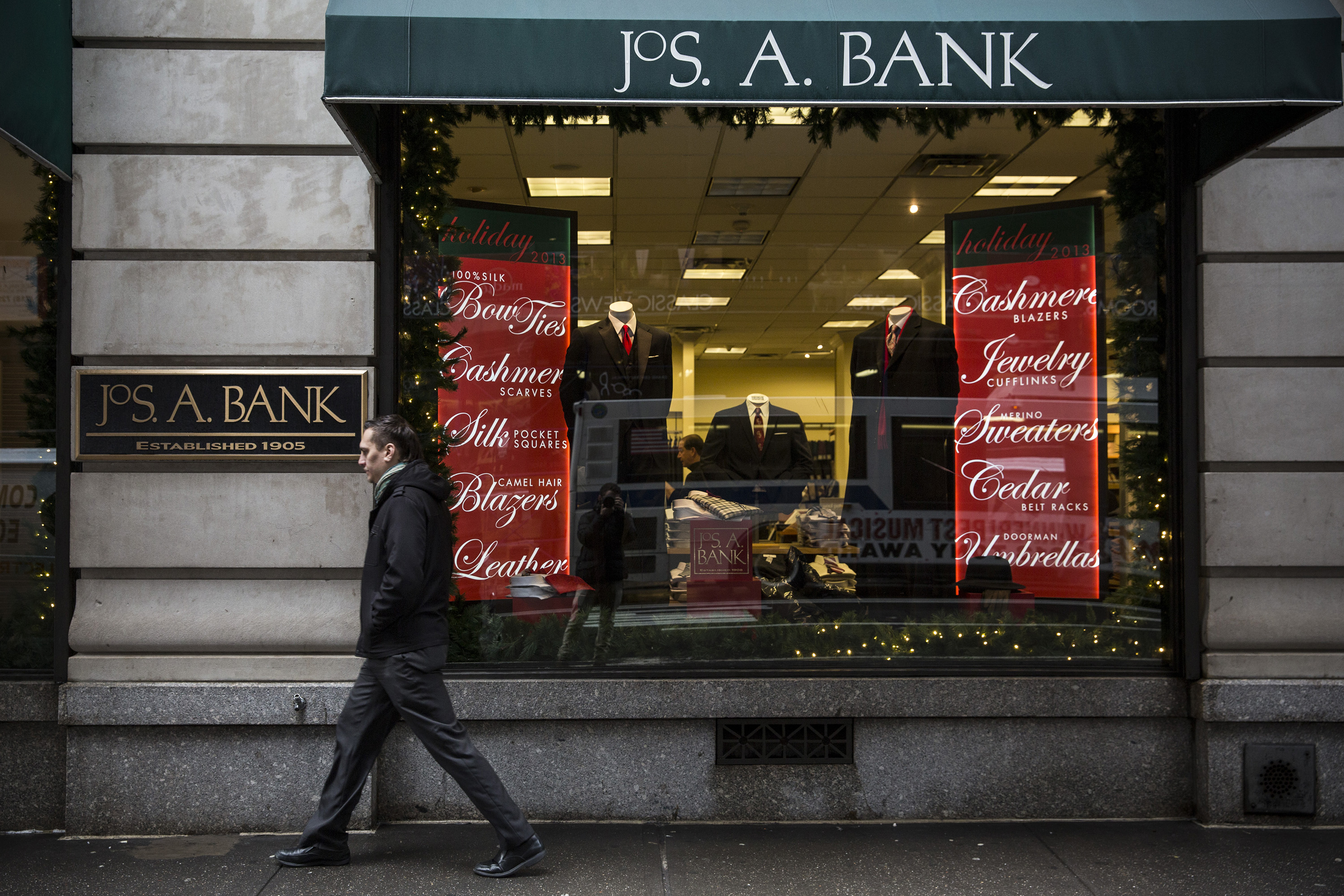 HAMPSTEAD, Md. -- Jos. A. Bank Clothiers Inc. is buying the parent company of Eddie Bauer in a cash-and-stock deal valued at $825 million.

The men's clothing company, which itself is being pursued by Men's Wearhouse Inc., made the deal with Everest Topco LLC to buy Everest Holdings LLC, Eddie Bauer's parent company.

Jos. A. Bank said Friday that the transaction includes $564 million in cash and about 4.7 million new shares of Jos. A. Bank stock issued to Everest Topco at $56 per share.

Everest Topco may also earn up to an additional $50 million in cash based on Eddie Bauer's adjusted earnings for fiscal 2014.

Jos. A. Bank may end the deal if it receives an acquisition offer for its company that it feels is superior.