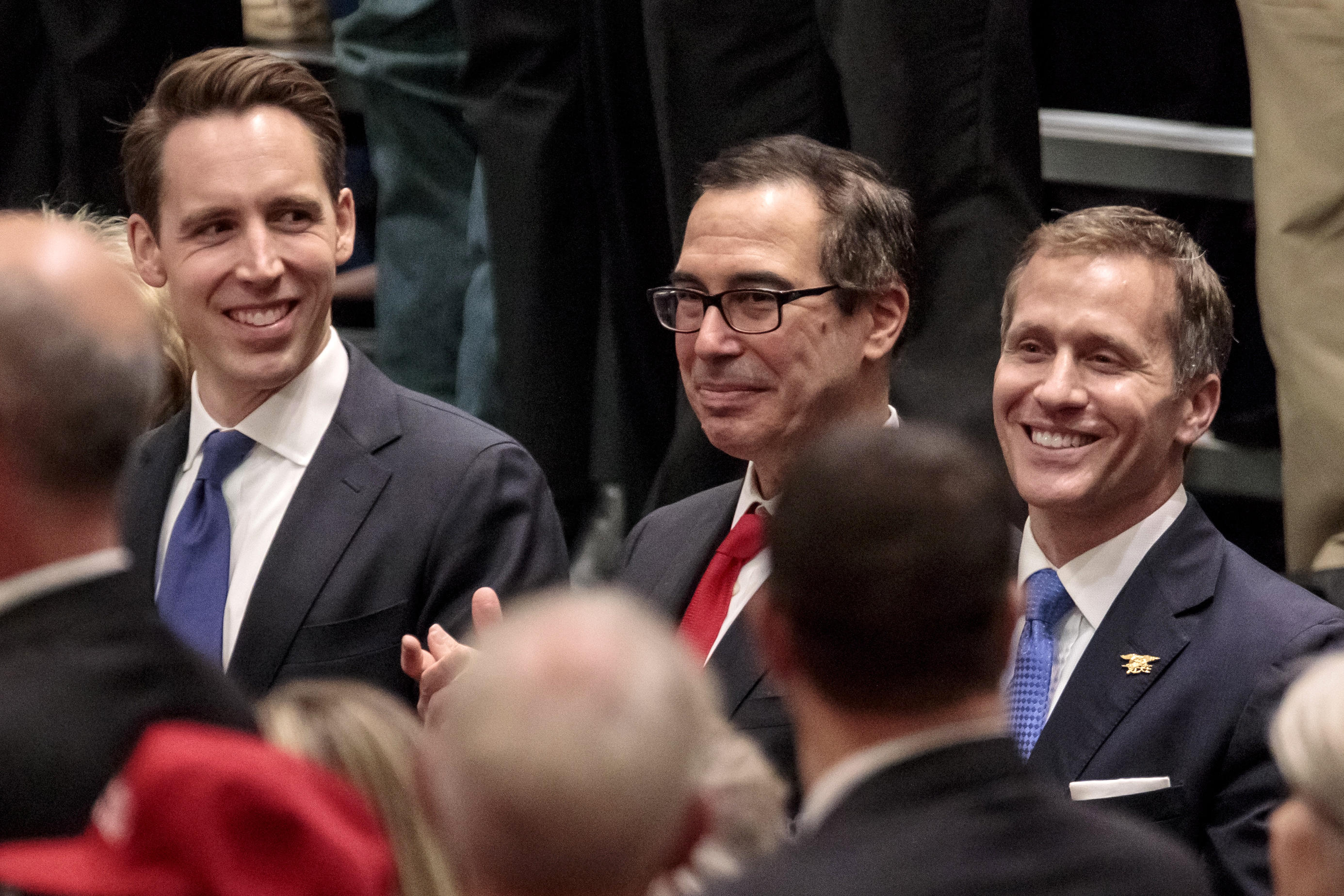 KANSAS CITY, Mo. -- Missouri Attorney General Josh Hawley is drawing attention after a report that he told a gathering of pastors last month that sex trafficking is linked to the sexual revolution of the 1960s. The Kansas City Star reported Wednesday that it had obtained audio from a speech Hawley gave in December at a "Pastors and Pews" event in Kansas City hosted by the Missouri Renewal Project.

The Missouri group is an affiliate of the American Renewal Project that works to politically engage conservative Christians.

"The 1960s, 1970s, it became commonplace in our culture among our cultural elites, Hollywood, and the media, to talk about, to denigrate the biblical truth about husband and wife, man and woman," Hawley is recorded telling the pastors.

Hawley is seeking the Republican nomination to challenge Democratic incumbent Sen. Claire McCaskill in November. His campaign spokeswoman, Kelli Ford, said in an email to The Associated Press that Hawley believes putting criminals behind bars is not enough to end sex trafficking because the "culture of male exploitation of women" must also change.

Hawley said on the recording that human trafficking exists because "our culture has completely lost its way."

McCaskill took to Twitter to react to the Star's report.

"I didn't go to one of those fancy private schools, but the history I learned in public schools & Mizzou taught me that the evidence of trafficking of women for sex goes back to before 2000 BC," she said. "It didn't begin with women's rights and the birth control pill."

"Get real," he said. "I'm for contraception & women working. I'm against exploitation of women promoted for decades by Hollywood & culture. Have to change that to stop trafficking. Fly commercial home from your next Hollywood fundraiser & ask people what Hollywood is doing to our culture."

The "sexual revolution" of the 1960s and 1970s was a period when society became more permissive of pre-marital sex, use of birth control pills, and non-married couples living together, signaling a shift from the more conservative 1950s.

Austin Petersen of Kansas City, another Republican running for the Senate, said Hawley's comments "do nothing but foster a Todd Akin-style culture war that the GOP will lose to a formidable female incumbent."

Akin, a former Republican congressman from suburban St. Louis, lost to McCaskill in 2012 after comments about what he called "legitimate rape."

"Let's get serious: sex trafficking is driven by male demand and the subjugation of women. In the 1960's and '70's, it became okay for Hollywood and the media to treat women as objects for male gratification. And that demeaning view of women has helped fuel harassment, inequality, and yes, sex trafficking," Ford said in the email.

Kimberly Mehlman-Orozco, an expert on human trafficking who has advised law enforcement and testified in criminal cases across the country, told the Star there is no empirical evidence or research to suggest an increase in trafficking during the 1960s or 70s. She said sex trafficking has been a problem since the nation's founding.