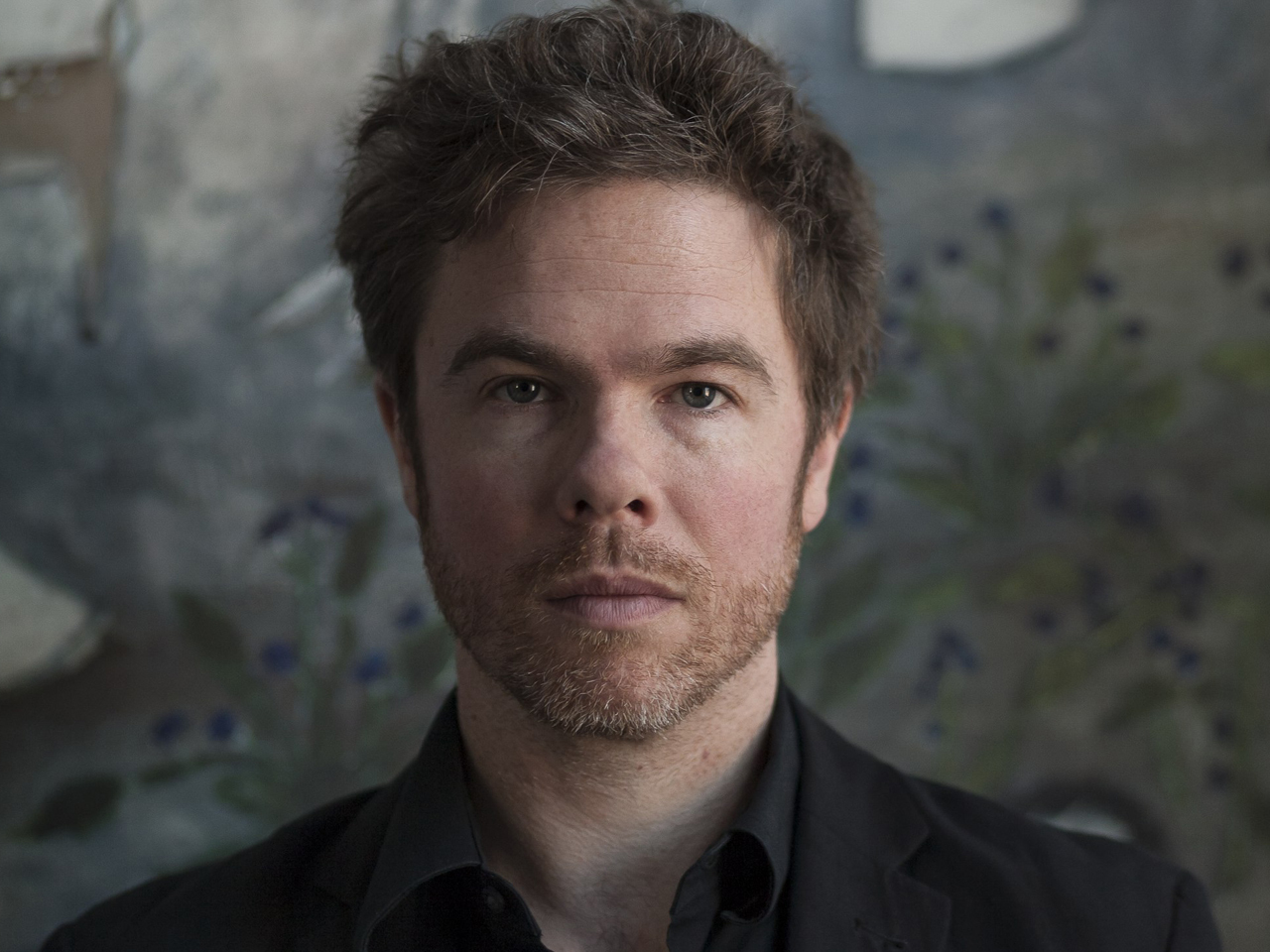 There's nothing like a serious break-up and a newfound love to spark a good song, or for that matter, 13 new tracks.

A divorce and a new romance speckle the songs on "The Beast in Its Tracks," the new album by Josh Ritter, out Tuesday.

Ritter started writing the material at the start of 2011, right around the time his marriage to singer-songwriter, Dawn Landes, began to fall apart. "It was a really, really rough time," Ritter recalls in an interview with CBSNews.com. "One of the things that seemed to be familiar, or a refuge at the time was writing songs."

But then something else happened: Ritter, 36, met someone new, and his songwriting course changed.

"As time went on, while on the edge of that canyon, I came to a lot of incredible things," Ritter said. "I met the person I'm with now and things began to get better and better. When it came time to put these songs on a record, I had thought it was a record about divorce, but it really was a record about what happens after."

The Idaho-born artist, whose self-titled debut album arrived in 1999, doesn't always tend to write about himself. On his previous release, 2010's "So the World Runs Away," one of the stand-out tracks, for instance, centered on the love between an archaeologist and her mummy.

"In my career, I've always tried to stay away from autobiographical songs. I also find that there's a good deal of what I do during the day is just normal stuff that everybody does and it's not all that interesting. If you write an autobiographical song about a day it's mostly hanging down and looking at the yard to see someone else's dog running around," said Ritter, who now calls Brooklyn, N.Y., home. "There's more interesting things in the world to imagine and to think about. But when my marriage fell apart I felt like it had come to a real abyss. I was chugging along happily in my life and I came to this huge chasm unexpectedly...and that's what I had to write about it. There was nothing else."

And although the songs are quite personal, Ritter said there wasn't much hesitation over whether to put them on the album.

"I felt like I needed to record them," said Ritter. "It was a moment of what's too personal, what should stay out and what should stay in. I was looking at this experience as honest as I could. I owed myself to put the songs on the record and I owe myself to sing them."

Now he's singing them live for his fans, with a tour lined up from March-July.

"You hope that when you perform them for people that they're not thinking about me; they're thinking about what's happened in their lives," said Ritter. "You're introducing the new songs to the crowd, but you're also introducing them to all the other songs you have and you have to figure out where they fit in best with the set."

He's already tested many of the songs live and says "New Lover" is probably his favorite right now to play live. It's a song about the demise of his marriage and the excitement of meeting someone new with the lyrics: "I've got a new lover now/I know that she's not mine/I only want to hold her/I don't need to read her mind/And she only looks like you when she's in a certain light."

"I have my own secret favorites that I love," Ritter said of his entire music catalog. "I never remember where I had been when I was writing a song. But I do remember those moments where I really feel like I got this thing right in my own mind, and I'm always proud of those moments -- more than any particular song."

History sometimes finds its way into Ritter's music, too. "There's a wild amount of possibilities," said Ritter of song topics. "I've always been drawn to history, mostly because I've been drawn to stories. I like how people tell them. I like learning about things that actually happened...I really believe as a writer, and most artists, they kind of combine things. As much as I love history, I like the idea of combining with other things."

Ritter began playing music at a young age, writing songs and learning to play guitar. The son of two neurosurgeons, Ritter initially went to college to pursue neuroscience at Oberlin College, but soon realized that he didn't want to follow in his parent's footsteps.

"They love what they do. When I really realized that music gave me the same love, that's when I knew I would never do anything else...I would have been terrible at that," Ritter said. "I would have been miserable....What you're good at is your art. Whatever gives you that thrill, whatever it is."

Ritter has experienced another "thrill" recently, publishing his first novel, "Bright's Passage," which came out in May 2012.

"I love it," Ritter said about sitting down to write a book. "It's such a cool thing. I met Haley, my partner, through writing. Her book came out a month before mine on the same imprint, on Random House."

Ritter is working on his second book right now, one he calls a "big, fun novel."

"It's just the best," Ritter said of writing books. "You can just write something down. You don't have to rhyme. It's a great feeling. I can do it a on a plane, on a train or on the tour bus...There's a beautiful balance right now with prose and the songs. It really feels like one creates time for another."

Ritter says he had about 20 or so complete songs, or song ideas, that didn't make it on "The Beast in Its Tracks." Maybe an EP or upcoming release? Perhaps, says Ritter. "None of that stuff ever gets lost."