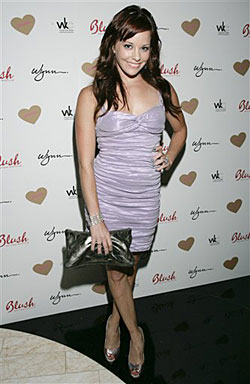 A judge on Thursday denied a request from broadcasters to televise the trial of sniper suspect John Allen Muhammad, saying such coverage could compromise Muhammad's right to a fair trial.

Muhammad, 41, is charged with capital murder in the shooting death of Dean Harold Meyers of Gaithersburg, Md., who was shot Oct. 9 while fueling his car at a gas station in Prince William County.

Meyers was one of 13 people hit — 10 fatally — by sniper fire during a three-week shooting spree in suburban Washington, D.C. Muhammad and 17-year-old John Lee Malvo are suspected in all 13, as well as eight other shootings across the country.

Prosecutors and defense attorneys both opposed the broadcasters' motion for TV cameras during Muhammad's trial. Commonwealth's Attorney Paul Ebert said the coverage would detract from courtroom decorum. He has said his experience with the Lorena Bobbitt penis-slashing trial, which was televised, convinced him that TV cameras are problematic.

"The court well knows that at one point in time I had no objection to live coverage, but I've changed my mind based on personal experience," he said. "Witnesses, for lack of a better word, tend to ham it up."

Barbara Van Gelder, representing the Radio-Television News Directors Association, disputed the comparison between this case and the Bobbitt case. "This is not a celebrity matter, this is not a salacious matter," she said.

She said Virginia law put the burden on Ebert and Greenspun to show good cause for banning the cameras.

Millette sided with prosecutors and defense attorneys. He said he would allow a still camera on a day-to-day basis. Defense attorneys Peter Greenspun and Jonathan Shapiro had objected to that; Ebert did not.

Greenspun and Shapiro had argued in court papers that TV cameras could lead to saturation media coverage that would taint the jury pool and deny Muhammad the right to a fair trial.

"Although an extensive, legitimate public interest exists in this case and it is understandable that the public might want to watch this trial, the court cannot ignore the constitutional rights of the accused," the attorneys wrote.

Malvo, 17, is also charged with capital murder, in Fairfax County. His court-appointed guardian is preparing for a Jan. 14 preliminary hearing at which a judge is expected to determine whether he will be tried as an adult and face the death penalty in the shooting of FBI analyst Linda Franklin.