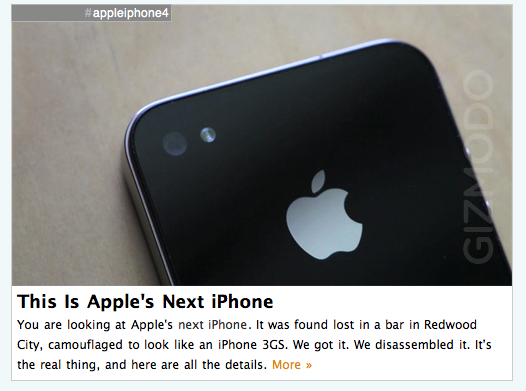 REDWOOD CITY, Calif.--A San Mateo County judge on Thursday refused to consider a request by media organizations to learn the justification police used to search a Gizmodo editor's home for information about the sale of a possible iPhone prototype.

Judge Stephen Hall rejected the group's request for a hearing on Thursday, instead assigning it to the judge who granted the search warrant last month and who is expected to hear arguments next week.

The District Attorney's Office opposed the request filed by CNET, the Associated Press, Bloomberg, the Los Angeles Times, and other news organizations in a legal brief filed Thursday with the court. The prosecutors argued that they have the right to "maintain the security of an ongoing investigation, which may well be compromised by the disclosure of the search warrant affidavit."

The reason for the sealing is that the documents contain the names of two individuals of interest, whom police do not want to alert, an attorney for the media coalition said after talking to Stephen Wagstaffe, chief deputy district attorney.

Prosecutors also said the sealed affidavit is "not a public record and thus is not subject to requests under any public-records act."