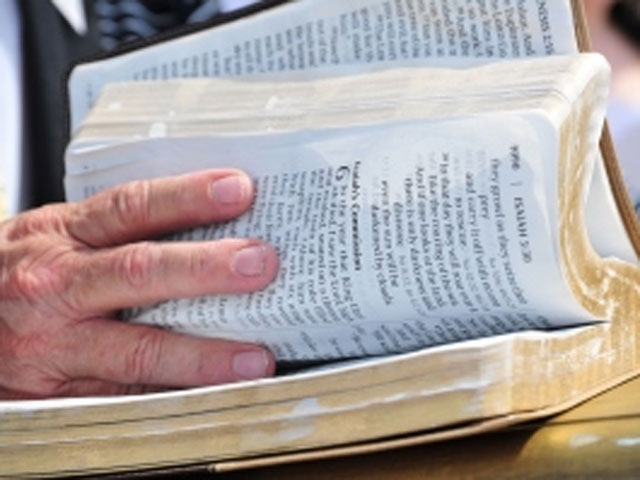 (CBS) ROCK HILL, S.C. - A South Carolina judge not only sentenced a woman to eight years behind bars for driving drunk, but he also ordered the woman to read the Bible, reports CBS Charlotte.

According to the Herald of Rock Hill, Circuit Court Judge Michael Nettles wants Cassandra Tolley to read the Old Testament and write a summary about the Book of Job, a story of a man who undergoes great suffering but never loses his faith in God.

The paper reports that according to the York County solicitor's office, Tolley's blood alcohol level was 0.33 when she drove on the wrong side of the road on Nov. 12, 2011 and crashed into another car, seriously injuring two men.

Public defender Amy Sikora, says her client, who was also ordered to undergo substance abuse counseling, has already started on her assignment, according to the paper.

The Herald reports that Tolley, who has burn scars on her face, told her attorney that she was abused as a child and that a relative doused her with gasoline when she was 11-years-old.

"Under normal circumstances, the judge wouldn't have the authority to do that," Kenneth Gaines, a law professor for the University of South Carolina, told the paper. "But if she consented, it's really not an issue. It's critical that the defendant was in entire agreement with it."

"I think (Nettles') faith and his compassion led him to use the book of Job," Duncan told the Herald. "Job made it through, and he wants her to know she can too."