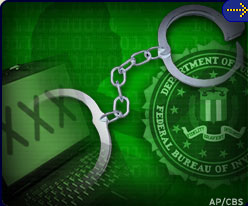 (CBS) CHICAGO - A state board alleges a Chicago area judge  repeatedly surfed the internet looking for pornography before and after hearing divorce cases.

Disciplinary action could be termination. The 69-year-old judge will first get a hearing and an opportunity to defend himself.

The Chicago Sun-Times fought for the release of computer log-in records which show attempts to visit websites the county software is intended to block. Polito has been transferred from divorce court to a courtroom that hears building code and mental health cases.