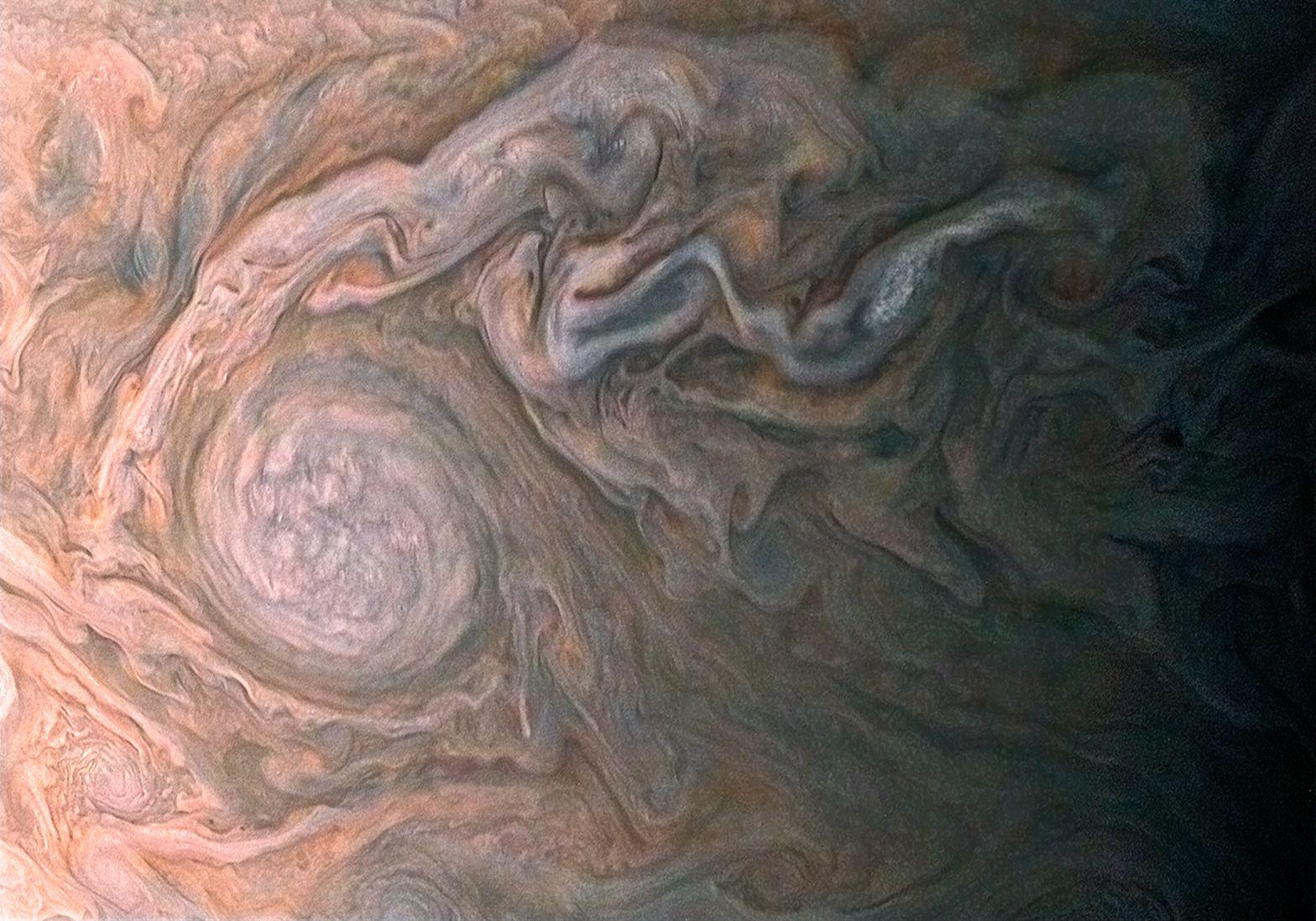 NASA’s Juno spacecraft arrived at Jupiter in the middle of 2016 after launching back in 2011. It’s still in the middle of its mission to collect data on Jupiter and its moons. Lucky for us, some of that data comes back in the form of stunning images of the fascinating planet. One of the latest is a look at Jupiter’s swirling, stormy atmosphere.

The close-up image looks like an abstract watercolor painting, but it actually highlights the planet’s ammonia-and-water clouds. NASA describes what we’re seeing as “streams of clouds spin off a rotating oval-shaped cloud system in the Jovian southern hemisphere.”

Juno snapped the picture on February 2 and NASA highlighted it on Friday after amateur astronomer Roman Tkachenko cropped the image and adjusted the color. NASA makes the raw images from Juno’s camera available to the public so people like Tkachenko can work with them.

We also caught up with Tkachenko’s work in 2015 when he created a fly-over video of Pluto’s moon Charon using processed images from NASA’s New Horizons spacecraft.