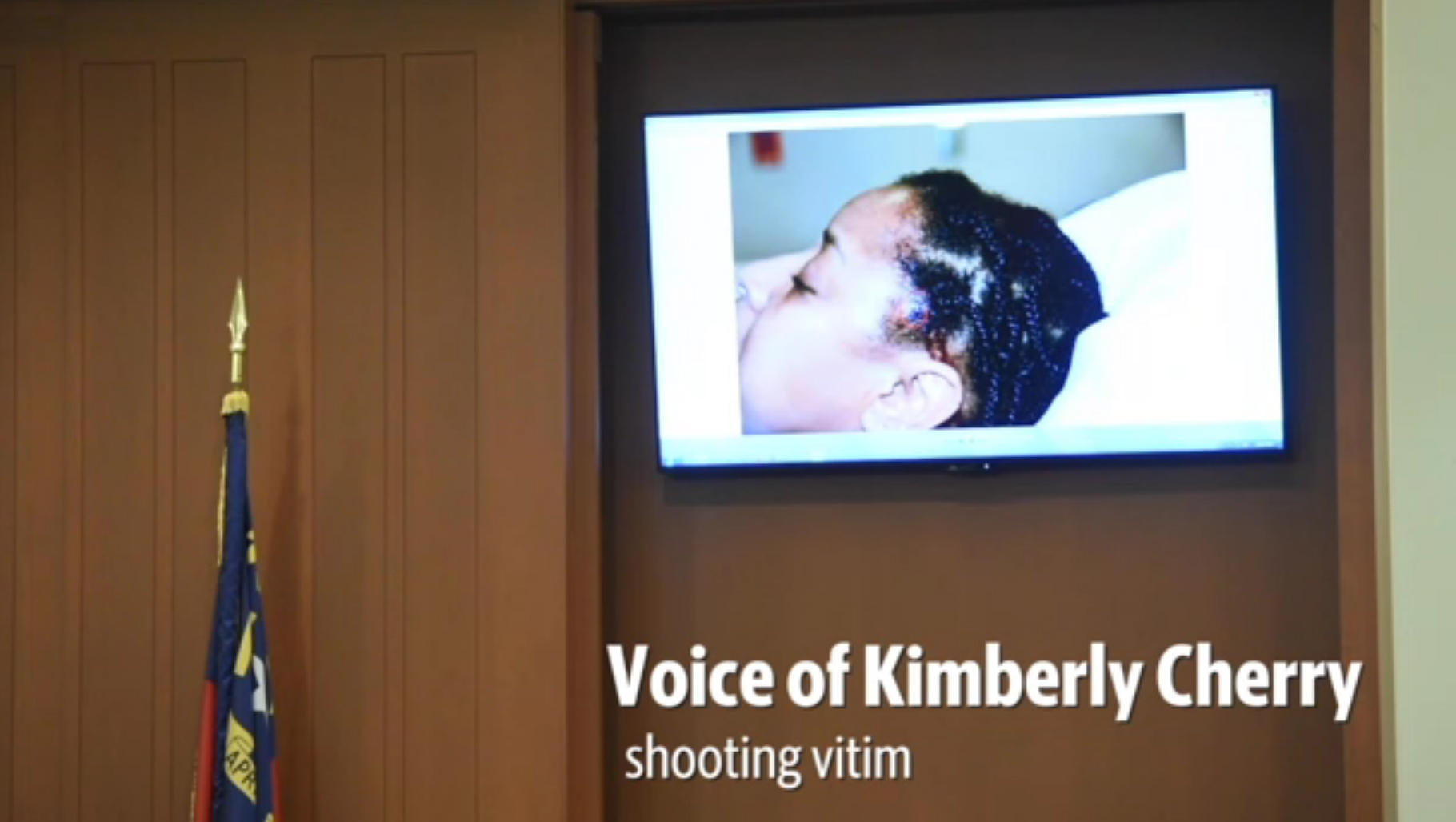 CHARLOTTE, N.C. -- A North Carolina minister with a violent past is being tried on charges that he wounded an ex-girlfriend and killed her new boyfriend with close-range gunshots. On Monday, a jury heard audio of the woman talking to 911 operators after being shot twice in the head, according to reports by CBS affiliate WBTV.

Tim Crumitie allegedly ambushed the couple before dawn at their Charlotte apartment in August 2016, the station reports. He's charged with murder, attempted murder, assault and kidnapping.

Prosecutors say the former pastor of a Kannapolis church sprung from behind the couples' front door and then mortally wounded Michael Gretsinger with two shots to the head. Authorities say he kidnapped his former girlfriend, Kimberly Cherry, eventually shooting her too, but she survived.

On Monday, prosecutors played jurors a recording of a wounded Cherry speaking to a 911 operator after she eventually got free. "He threw me in the back of a trunk," she said. Despite her distress, Cherry responded to the operator's questions with a polite "yes, ma'am."

"His name is Tim," she says weakly when the operator asks who shot her. Cherry is expected to testify as a witness.

Mecklenburg County Assistant District Attorney Clayton Jones told the jury that Crumitie bound Cherry and drove her to his Rowan County home, then back to the area around her apartment. Then, he took her to a construction site and shot her twice in the head, but she survived and eventually got the help of a neighbor to call 911, Jones said. Gretsinger died ten days later.

The case boils down to "a nightmare when the relationship fades," Jones told jurors.

But defense attorney Mike Kabakoff said the charges aren't supported by the facts, and detectives failed to follow other possible leads in a rush to blame his client.

Referring to the prosecutors' request to convict his client of murder, Kabakoff told jurors "that extraordinary request is not backed by the extraordinary evidence required."

It remains to be seen how much jurors will hear about Crumitie's past, but prosecutors received a favorable ruling on Monday from Superior Court Judge Hugh Lewis, allowing them to mention that Crumitie served eight years in the 1990s for armed robbery and other crimes.

Crumitie also was charged in 2005 with the murder of a man who operated a flooring company next to the 50-member A Place of Grace church, where he was then pastor. Crumitie spent five years in jail while that case was pending. Authorities eventually dropped the charges for lack of evidence.

Crumitie also was questioned by investigators eight years later after his wife and another man died of gunshots at his Concord home, though no charges were filed. Crumitie told police that a robber shot his wife, then shot Crumitie in the hand before he wrestled the gun away and killed the robber in self-defense.