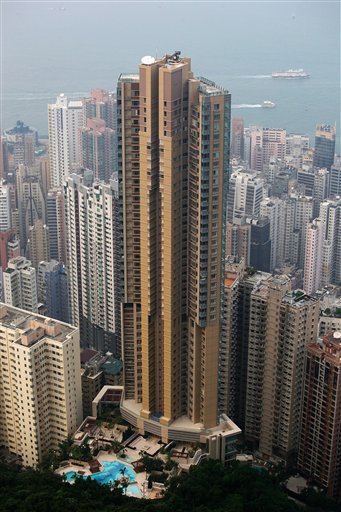 On two fronts, investigating the causes of 9/11 and the pre-Iraq war intelligence, the Bush administration is stonewalling. In his latest Against the Grain commentary, CBSNews.com's Dick Meyer protests.


Before there was WMD-Gate, before we became experts on nonexistent uranium from Niger and the kinds of aluminum tubes needed to make nukes, our intelligence wizards faced a much simpler and scarier question: Could 9/11 have been prevented?

The White House never wanted an independent commission established to answer that question. Calls for a heavyweight inquest came from both parties. The administration fought the bad fight and eventually lost. Thankfully.

You might remember a bit of news from the National Commission in Terrorist Attacks Upon the United States (better known as the 9/11 Commission) when it was getting set up. Henry Kissinger and George Mitchell were supposed to be the chairmen, but both resigned with conflict of interest issues. Tom Kean, the former Republican governor of New Jersey, and Lee Hamilton, long the Democratic dean of foreign affairs in the House, took the jobs.

Now the 9/11 Commission has made some real news and it's not good. In its first Interim Report, Kean and Hamilton warned that the commission is not getting the cooperation it needs from the executive branch (surprise, surprise). The report was especially critical of John Ashcroft's Justice Department (surprise, surprise) and the Pentagon.

The investigators also protested the administration's refusal to let government officials (essentially, the witnesses) be interviewed without "minders" from their agencies monitoring or "intimidating" them.

More broadly, the report said "the Administration underestimated the scale of the Commission's work and the full breadth of support required." Translation: without the White House cracking the whip of cooperation, agencies will cover their political posteriors.

This bodes badly for an independent examination of the intelligence and political marketing used to sell the war in Iraq to the public – and to the world.

The White House has successfully fought that battle so far. Congressional intelligence committees have launched narrowly focused investigations – in closed sessions only. If no further smoking-gun evidence of WMD's turns up in Iraq in the next few months, perhaps then there will be a major congressional or independent accounting. Perhaps. General Stonewall Bush hasn't lost many battles.

Inquiring minds that want to know might take a look at the Brits for inspirations. When it comes to airing dirty linen (and cloaks and daggers) quickly, they've filched our American ingenuity and can-do spirit.

The Foreign Affairs Committee of the House of Commons has already issued a report on "The Decision to go to War in Iraq." It was that document that led the White House to finally admit that claims the President made in his State of the Union address about Iraq trying to buy uranium from Niger were false.

But the report was no hatchet job. Though harshly critical of British intelligence and 10 Downing Street on specific points, its final conclusion was that "Ministers did not mislead Parliament."

The quickie report was just a first step, intended to pursue the pressing and legitimate questions that were dominating a political scene that makes ours seem dull. (Well, it is dull. As Bob Dole used to say about Monica, "Where's the outrage?")

But never mind that; the point is that the Brits aren't done digging, more thorough inquiries will follow, the process has begun in earnest, Blair isn't stonewalling, and the skeptics, apparently a large slice of the British public, are beginning to feel their government is responsive to their concerns.

There is a similar example of this method in recent American politics. When the Iran-Contra allegations began to break in late 1986, President Reagan appointed the Tower Commission to do an immediate investigation. It wasn't close to exhaustive, but it set the traps for an extensive and successful examination by Congress and even for criminal prosecutions.

The administration should embrace not avoid independent investigations of both 9/11 and the buildup to the war in Iraq.

This week, President Bush petulantly declared that excavations into pre-war intelligence were "attempts to rewrite history." Actually, they are the first attempts to write history. The 9/11 Commission's interim report concluded, "we must look backward in order to look forward." That is the wiser vision.