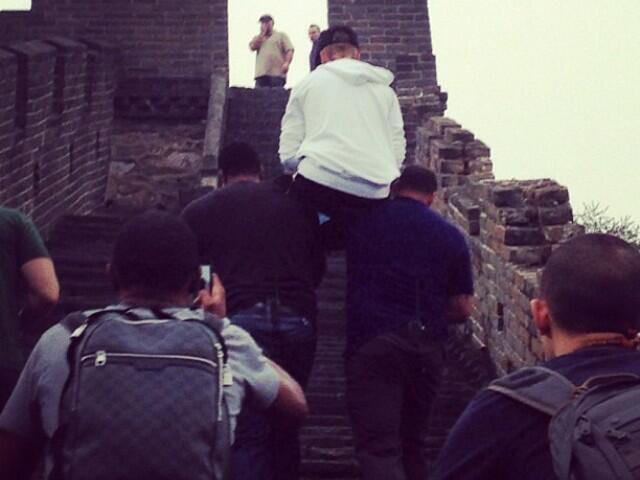 Looks like Justin Bieber isn't exactly doing much to quell the growing reports of his diva-style antics.

On Sept. 30, the 19-year-old pop star, clad in a white hoodie, was snapped getting carried on the shoulders of two bodyguards up the Great Wall of China. Fans can be seen excitedly snapping pics from behind the spectacle.

"Justin, dude, u actually asked people to carry you? Someone's going a little diva I see," one tweet read.

"I feel for Justin's bodyguards," another tweeted.

Related: Bieber -- I'm not headed for a breakdown

But however way he got there, Bieber and his entourage did eventually reach the top of one of the world's greatest wonders.

"We made it up top!! #GreatWall," his longtime friend Alfredo Flores posted on his Instagram, with a picture of Bieber and crew posing at the top.

Bieber is currently in China for a stop on his "Believe" tour.